2015: Year of the diverse workforce

Diversity Council Australia is advising employers to rethink their diversity and inclusion strategies – one DCA expert explains why it is important to act now. 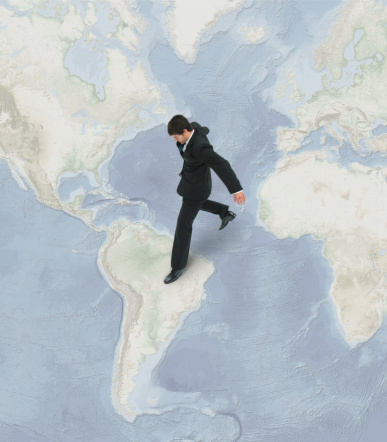 href="/au/companies/diversity-council-australia/148586">Diversity Council Australia (DCA) has warned employers that they must rethink their plans for diversity and inclusion more than ever before.

Lisa Annese, DCA’s CEO, said that Australia’s leadership ranks continue to lack gender and cultural diversity and that employers are still failing to put adequate resources or strategies in place to drive change.

“I don’t think that [the continued lack of diversity] is anything to do with lack of desire to create change,” Annese told HC. “The appetite is definitely there, but we need to rethink the way we enact change – certain methods have been entertained and haven’t delivered. Many organisations are extremely focussed on increasing diversity, and now is the time for employers to review what’s been done in past and change their tactics.”

Annese pointed to recent data published by the Workplace Gender Equality Agency, which found that employers are continuing to fail to support the needs of their diverse workforces.

“It’s clear that a diversity policy alone isn’t enough,” she said. “What’s really needed is for organisations to properly resource and support their diversity function, as well as develop a comprehensive strategy with clear objectives and accountabilities.”

She added that employers must act now, as in 2015 Australian employers can expect continued scrutiny of their diversity efforts from internal and external audiences including employees, regulators and the broader community.

“Failing to deliver better outcomes on diversity is not an option for those organisations wanting to access the best talent, retain an engaged and productive workforce, or indeed be seen as an attractive employer,” Annese said. “In our experience, organisational strategies such as harnessing cultural diversity, rethinking the leadership model, mainstreaming flexible careers, and a better resourced diversity and inclusion function are key to making progress. During 2015, we look forward to supporting employers’ diversity and inclusion efforts to achieve better outcomes.”

She also told HC that leadership is as important as strategy.

“By striving for diversity, employers are implementing a culture change. This isn’t easy – asking people to change behaviours that have previously rewarded them is tough, and requires strong leadership.”

DCA advised that employers should aim to tackle the following in 2015:

• Asian talent in Australia is significantly underutilised. DCA’s Cracking the Cultural Ceiling report found that while 9.3% of the Australian labour force is Asian born, only 4.9% make it to senior executive level. In addition, 30% say they are likely to leave their employer in the next year. As Australian organisations increasingly navigate the Asian Century, harnessing cultural diversity becomes imperative.

• Despite some positive trends for female leaders amongst Australia’s largest listed companies, there is still a long way to go before women and men are equally represented. Many existing approaches are not working and current leadership models are based on male stereotypes that must be redefined.

• The ‘motherhood penalty’ – the impact that bearing and raising children has on women's wages – is continuing to have a major effect on female participation in the workforce. Raising children accounts for an average 17% loss in lifetime wages for women. Many return to work that is lower-paid than what they had been doing prior to having children, and this work frequently does not reflect their abilities, education levels or work experience.

• The Diversity and Inclusion Study which surveyed more than 100 diversity managers and HR leaders in Australia and New Zealand revealed a significant lack of strategic engagement. A lack of  experience within a diverse workforce amongst leaders was evident, with 60% of respondents having limited or no background in diversity.