Are your employees burnt out?

Employers should be discussing maximum working hours and ‘job intensity’ for all workers, says a research fellow 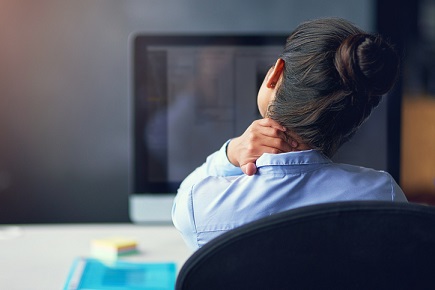 All around the world, countries are adopting more flexible workplace policies to address work-life balance.

For instance, Sweden has a six-hour working day trial in the aged care sector, while the Netherlands has introduced a four-day working week.

Why are these policies being implemented?

In fact, a recent study from the Australian National University has found the time needed for health and wellbeing is being displaced by working time and time recovering from work.

The researchers interviewed 55 people across four employment sectors, and the majority of those did little to no exercise. Instead, the time was allocated for more work or to recover from work, either alone or with others.

"Unlike physical activity, eating and sleeping could not be ignored, so instead the time spent on them was shortened as much as possible," the report stated.

For Corr, the overarching aim of the research was simple: “With people working longer hours and more non-standard hours, we wanted to know if they still have time to do these basic health activities that prevent a lot of chronic diseases,” she said.

The researchers found that no one was immune from work-related health impacts.

While blue collar workers had in their favour set working hours so they could have more structure in their week, the flipside was not having the opportunity to negotiate with managers to have time off or to ask for flexible hours. This situation was mirrored for lower level white collar workers. Middle managers got the worst of everything, Corr said.

“They got the longer hours that were unpaid overtime, and they weren’t that flexible because they needed to be on the job and generally were unable to work from home. Senior management were lucky in that they had more autonomy over their working hours, so they could go home for dinner with the family and then go back to work on their laptop at home.

“But that also meant they had this work-life bleed, and no one really stopped working; work seeped into the evenings and the weekends.”

Of particular note was that evidence indicating productivity declines after 50 hours per week was largely being ignored by senior management.

“People are working much more than 50 hours a week and we were surprised there was no discussion around maximum working hours for those senior managers and no protection for them – they’re not necessarily covered by unions necessarily, for example.”

There has been significant research into the impact that shift work has on wellbeing – particularly night shift work, but Corr said that even unpredictable shifts can reap havoc on personal schedules.

“How do you look after your health when you don’t know what hours you’ll be working? Routines really matter for people’s health – you’re much more likely to do exercise if you’ve got a routine.

“As soon as your work hours become non-standard, it just adds a whole other layer of complexity,” Corr said.

With the likelihood of Australia adopting a four-day working week or six-hour working days distant at best, what can employers do to improve the situation? Corr recommends that employers review their policies to ensure they are transparent and fair.

She cited the concept of organisational justice, which relates to how fair procedures and policies are – in other words, if one person has access to study leave and another person does not, that’s a recipe for tension.

“Everyone should know what their rights are and how flexible their workplace can be, when they can get leave, and how many hours their maximum load is,” she said.

Employers should also be discussing maximum working hours and ‘job intensity’ for all workers but especially senior executives.

“It’s around fairness: checking that people are working reasonable hours and that policies and procedures do everything to ensure that people have the best chance of leaving work without being completely stressed,” Corr said.

Globally, Australia is heading to the top of the list in terms of hours work, but Corr said concepts like reduced working weeks or reduced working hours per day are “really complex issues” that must factor in the vast numbers of underemployed people, and questions around gender stereotypes.

More than anything, the concept of the “ideal worker” must change. The ideal worker has no care responsibilities, is totally devoted to work and will work all hours. Is that really an ideal worker? “The evidence suggests it’s actually not,” said Corr.

“And that’s very gendered as well. We need to have lots of conversations around status, class and gender and all those big pieces that are wrapped up in working time. When we’re talking about long-hour workers we’re still talking about in the majority about male workers. Guess what? Men don’t want to be working those long hours either. So it’s really not good for anyone.”