Throughout her career, one HR expert has found that what lies on the other side of risk is not failure, but experience 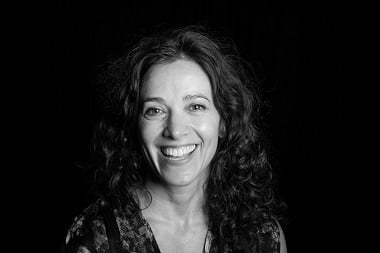 An idyllic childhood in Zimbabwe in a small town where her family ran the general store comes to an abrupt end with a sudden move to Perth. The second youngest of four, Hyman’s memories of her young life are of being outside pursuing activities that included tennis, swimming, camping, and bike riding.

“It was idyllic; I feel very blessed to have been bought up in Africa, we had a lot of freedom. Culturally [moving to Perth] was a massive shock.”

A first year of university in Perth prompts a move to Melbourne to continue the study of law.

“I had outgrown Perth; I wanted to move somewhere with more diversity, more opportunity. Melbourne is a really rich cultural city, it is very multicultural, and that was reflected in the student population. I felt like I was meeting people from all parts of the world and I was enriched by that.”

Working as a solicitor, and finding the practice of law lacking, Hyman starts an MBA. Winning the prestigious Rupert Murdoch Fellowship allows the pursuit of fulltime studies.

“As a lawyer you execute someone else’s ideas -- I had ideas; I wanted to be heard. Doing an MBA was a way of fast-tracking; it was a big risk, I went into it blind. But it gave me an opportunity to be in those frontline conversations and be part of that ideation.”

MBA in hand, Hyman starts at Boston Consulting Group. It is a time when she has to draw on her inner reserves.

“Consulting is a fairly intense existence; you have to move seamlessly between one client, one conversation, one industry, and the next. The resilience and confidence is really critical; you ride the confidence curve. I had a strong streak of independence; I wanted to be self-sufficient, and that gave me the grit to get through the highs and lows.”

A head of marketing & sponsorship position with the Museum of Contemporary Art on Sydney harbour ties in with Hyman’s persistent love of the arts, presenting as it does the opportunity to be immersed in a creative role in a creative space.

“I was inspired by being around artistic talent; I’m drawn to being surrounded by creative people as a way of enriching my own universe. They think differently, they see the world differently.”

After two earlier stints at the company, Hyman is sought out again by Boston Consulting Group as head of HR & marketing, a position she holds almost six years.

“The thing that inspired me and drew me back was the people, and the fact it’s values-driven. BCG hires for values and trains for skills, and you see that reflected in the people and the culture. They want you to be successful beyond working for them. I feel lucky have had such a long tenure there.”

Drawn to REA by the learning potential, Hyman scales up to a role heading the HR department for 1,500 people globally in the listed company – one that looks forward to building its global footprint, mindset, and capabilities.

“REA is a company on the cusp of tremendous opportunity and growth. The culture is quite special; there’s a strong love for fellow employees. There’s nothing transactional about the culture, it’s entirely relationship based. It’s purpose-drive, and they love the purpose.”