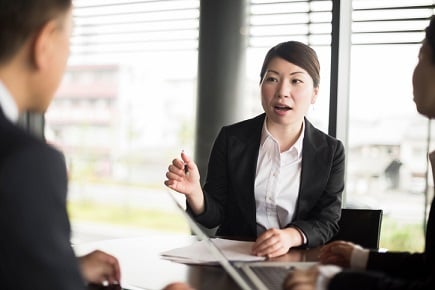 Closing the gender gap in labour markets across the world would yield significant benefits to the global economy, research by the International Labour Organisation (ILO) suggests. But the study also found that socio-economic and gender norm constraints currently influence a woman’s decision to participate.

About US$ 5.8trn could be added to the global economy if G20 leaders reduce the gap in labour participation rates between men and women by 25% by the year 2025, according to the ILO’s “World Employment and Social Outlook Trends for Women 2017.”

However, the current global labour force participation rate for women at just over 49% is nearly 27 percentage points lower than the rate for men – “with no improvements anticipated in 2018.”

Data revealed a downward trend in participation rates for both men and women: between 1997 and 2017, the rates for both sexes have fallen by roughly 3 percentage points. In some countries where the gap has narrowed, it has been as a result of male rates falling more sharply than those of their female counterparts.  The gap is even wider in emerging countries (31%).

For women who do participate in the labour market, they are more likely to be unemployed than their male counterparts. The rate stands at 6.2% for women this year, compared to 5.5% for men.
Women are “constrained” in job opportunities, as nearly 15% of employed females (compared to 5.5% of men) are “contributing family workers” – self-employed persons working in an establishment operated by a relative.

“Women are also more likely to undertake a greater number of hours of unpaid work due to time spent on household chores and care provision. Overall, they are more likely to work longer hours than men when both paid and unpaid work are taken into account,” said the report.

A woman’s preference and decision to participate in the labour market and their access to quality jobs can be affected by a number of factors, said the ILO. These include:

“We need to start by changing our attitudes towards the role of women in the world of work and in society. Far too often some members of society still fall back on the excuse that it is “unacceptable” for a woman to have a paid job,” said Steven Tobin, lead author of the report. For example, ILO said  20% of men and 14%of women think it is not acceptable for a woman to work outside of the home.

“Policies should also address the socio-economic factors that influence participation by introducing policies that improve work-family balance, create and protect quality jobs in the care economy and target the macroeconomic environment and informal economy,” Tobin added.