As Singapore undergoes a tech revolution, one company says gender stereotypes in the tech industry still needs to be addressed 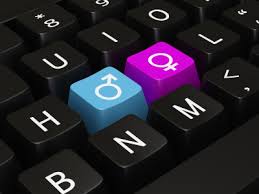 And this is a pattern that needs to be addressed, she said, because there is currently an enormous level of opportunity for women in more technical roles.

Ferguson certainly knows what she’s talking about as ThoughtWorks was recently awarded by the Anita Borg Institute as the winner of the 2016 Top Companies for Women Technologists Program for being “a true leader in recruiting, retaining, and advancing more women in technical roles”.

In the Asia Pacific region alone, women make up 39% of the company’s workforce – a number that’s ahead of industry standards as a survey done by the Infocomm Development Authority of Singapore (IDA) found that women only make up about 30% of the workforce in the tech industry.

Globally, surveys found that only a third of women are represented at major tech companies.

Ferguson said that part of the problem the numbers are low is because there’s still a gendered perception about the technical roles that are deeply entrenched within the industry.

These perceptions revolve around a woman’s abilities in engineering and mathematics, she said.

“But these are false and certainly unproven,” she added.

Again, Ferguson pointed out that this is simply not true.

“Most tech jobs need a creative, problem-solving approach that requires critical thinking, and collaborative and people skills,” she said.

“You’re not sitting in some dark corner of the basement coding away on the computer all by yourself.”

To break the stereotypes, she said companies need to get the ‘story’ out there about real people working in tech and talking about what a career in technology would look like.

“How do we create more experiences for people to understand that … the technology they use everyday is built by people just like them?” she said is a question tech companies need to ask themselves.

She herself recalled how as a philosophy major at university she was not even aware of engineering as a profession until someone gave a talk on it.

Starting early is important, she said, “not even to necessarily recruit women in the tech industry but just to have it on their radar.”

“It’s important to have a very, very clear intent when creating special treatment programs, as well as what the execution metric is,” she said.

“Without the clear intent, how do we create and cultivate a brilliant gender balance workforce and if you’re just looking at the execution, you’ll get the wrong results and you’ll get people questioning your intent.”

“The coupling of the two will actually get you the results that you want.”