What is causing Singapore’s gender gap? 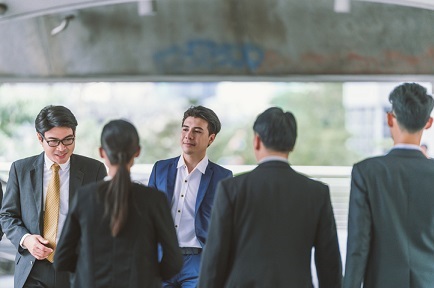 Singapore is largely considered one of the most progressive nations in terms of gender equality, both in the region and in the world. Massive strides in women empowerment through education and reproductive health have earned it top marks from international watchdog groups in recent years. But in the workplace, Singaporean women still face striking gender gaps – gaps that widen the higher up the ladder they go.

Studies have revealed a clear underrepresentation of Singaporean women in leadership and managerial roles, specifically on company boards. But according to a study conducted by the NUS Business School earlier this year, the women who do make it to the top face an alarming 43.2% gender pay gap. That’s on top of the blanket 10% pay gap that already exists for women across various sectors and professional levels.

What could be causing these discrepancies? According to a new study by the International Labour Organization, the answer may be pressure to start a family.

The analysis by ILO economists found that one major force fueling global gender gaps is having a spouse or partner and struggling to strike a work-life balance.

A recent survey conducted by specialist professional recruitment firm Robert Walters echo these findings, with 37% of Singaporean female workers citing family pressures as the top reason behind the underrepresentation of women in the workplace.

Data from the Ministry of Manpower show that, unsurprisingly, Singaporean men are more participative in the labour force than women are. But breaking down the labour participation rate across age groups tells a much more compelling story.

Between the ages of 15 to 24, men and women exhibit largely the same rate. But while the participation rate for men stay largely the same past the age of 25, the rate for women drops exponentially after that point. Not coincidentally, this is around the average age at which Singaporean women get married (28.3 years), according to the Department of Statistics.

Earlier this year, the Diversity Action Committee announced plans to double the current share of board seats for women from 9.9% to 20% by 2020. The Singaporean Parliament also entered into debate on a proposal to express more support for women in the workforce, discussing ways to reduce the gender imbalance of the Singaporean labour force.

But progress is slow and more comprehensive analyses are needed to root out the likely many causes behind Singapore’s gender gap. With no national laws yet in place explicitly prohibiting gender-based wage discrimination, the burden then falls on individual firms to enforce those regulations upon themselves.