Country is “cautiously optimistic,” but in a better mood than 2016, says prime minister 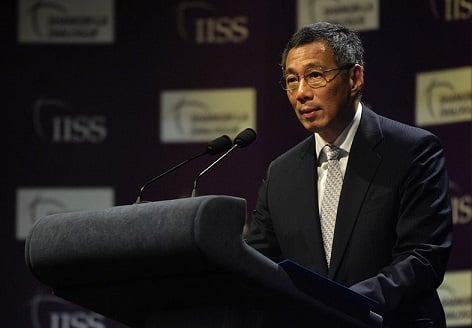 The government expects the economy to expand between 1% and 3% this year – but Prime Minister Lee Hsien Loong thinks there’s a “good chance” that growth this year will exceed last year’s 2%. “It is uneven still; not every sector is doing well. Some sectors, like retail, are still struggling a bit. But overall, we are improving,” said the prime minister in his May Day Rally speech this year.

He said the country’s continued prosperity “comes down to three things – jobs, jobs, jobs.” He meant that there are three ways of thinking about jobs:

Lee said bringing in new companies and upgrading the ones already in Singapore has been the city-state’s “winning formula” over the past 50 years.

“[I]f we do not have the new companies, if we do not have a business friendly environment where people want to come, there will be no new jobs.” He cited the case of Google, which opened a campus in Mapletree Business City, with about 1,000 people working there.

Small- and medium-sized enterprises (SMEs) have also received government help. Grandluxe, for example, started out as a book-binding shop in 1942. The company’s business model was threatened by the rise of the digital medium. Lee said the SME managed to adapt to this trend by turning bookbinding into a “premium craft.” They started a new company that sells customised leather-bound notebooks.

The government also aims to help workers who lose their jobs find new ones. “Because the businesses have to restructure to survive, and technology is disrupting everything. So redundancies will continue even as our economy grows,” said the prime minister.  The government has expanded several schemes under its “Adapt and Grow” initiative.

“We have got the Professional Conversion Programme (PCP), we have go the Career Support Programme for PMETs, and we have got enhanced work trial support for the rank-and-file. So many programmes, so many names, it is a whole alphabet soup,” said Lee.

The Republic needs to take worker upgrading “very seriously.” He cited the global rise of job automation. In China, for example, there are “smart factories” – “not lots and lots of workers slaving over machines, but one worker in a big factory, with 20 machines. He is not operating it. He is supervising it, troubleshooting it, and monitoring it. It is big data, industry 4.0. IT, organisation, management, skills and discipline.”

Lee said some smart factory workers in China live in dorms built for them. At night, they take e-learning modules.

“The Chinese are now at that phase of development, and their workers are hungry. We may not be at that stage of development but unless we are as hungry as them and as determined as them to upgrade ourselves, and willing to put in as great an effort, I think our cheese will be stolen.”

Singapore maintains the “SkillsFuture” initiative. It helps Singaporeans develop skills relevant to the future, and build a future based on the mastery of skills, according to the Ministry of Manpower. “The IMF [International Monetary Fund] has been monitoring these programmes all over the world and their report is that SkillsFuture is one of the most comprehensive such programmes they have seen,” said the prime minister.

“[W]ith productivity, the economy can continue to grow, even though our workforce is not expanding, even though we do not have more workers. We can produce more, we can be more prosperous, and our workers can earn more,” he said.

“The challenge is to keep this up – to continue innovating and raising productivity not just one year at a time but for many more years to come.”