A new device invented at MIT claims to recognise emotions through wireless signals—what can this do for the workplace? 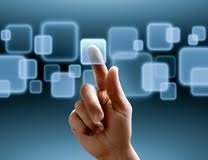 Researchers at the Massachusetts Institute of Technology (MIT) recently unveiled a device that can easily tell how a person is feeling, all by using wireless radio signals.

Calling it the EQ-Radio, researchers at MIT’s Computers Science and Artificial Intelligence Lab (CSAIL) said they reported an 87% accuracy on the device’s ability to decipher emotions.

Other emotion-sensing apps are already in the market today but most of them rely on audiovisual cues. This is the first time that wireless signals have been utilised successfully, said professor and head researcher Dina Katabi.

“Our work shows that wireless signals can capture information about human behaviour that is not always visible to the naked eye,” she told MIT News.

While Katabi sees the device as being useful in advertising and in the healthcare profession, the device could also be a boon in the workplace.

With recent studies suggesting that a manager’s ability to read staff’s nonverbal cues being indicative of how well they can lead a team, devices such as the EQ-Radio would help make better managers.

“The positive effects of interpersonally accurate leaders cascades down to the subordinates,” said Marianne Schmidt Mast and Ioana Latu in The Social Psychology of Perceiving Others.

TINYpulse, Morale
Katabi and fellow researchers, Fadel Adib and Mingmin Zhao, are set to formally unveil the EQ-Radio at next month’s International Conference on Mobile Computing and Networking.

In the meantime, managers can use apps like TINYpulse and Morale to gauge their employee’s feelings.

Used by companies like Facebook and IBM, TINYpulse helps measure employee engagement by creating a community where workers can anonymously give feedback on their jobs and on the workplace. Managers can also use the app to easily track their team’s performance as well as offer frequent coaching.

Morale is similar to the EQ-Radio in that it is emotion-based. Team members log on to the app and anonymously rate their moods for the day. As a manager, you can track the mood of the team and make adjustments where necessary to boost their morale.