The Ministry of Manpower says salary claims were lodged against 4,500 companies last year 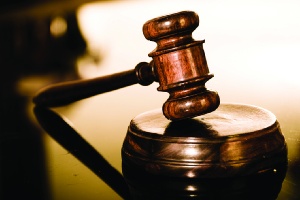 According to the latest report by the Ministry of Manpower (MOM), more than 150 employers have been convicted in the last three years for failing to pay their workers.

MOM received nearly 9,000 complaints last year against 4,500 companies and about 95% of the cases were resolved by the ministry and the Labour Court, Manpower Minister Lim Swee Say told parliament yesterday (7 February).

He said that it is not the goal of the ministry to criminalise such cases, particularly when employers cannot pay due to a failing business. Their main goal, he said, is to prosecute serious cases and repeat offenders in order to deter errant employers.

Unresolved salary claims against 199 employers – out of 208 – were due to the employers ceasing operations or being on the verge of closing due to financial problems and Lim said workers from these firms had a “slim chance” of recovering the money owed to them.

“This is not because the employers could just refuse to pay up, but because they are mostly in deep financial difficulties,” he reiterated.

In terms of work injury compensation, Lim said five of the 15,679 workers injured last year did not receive anything as they were not insured by their employers.

Four of the injured workers are foreigners and Lim said their employers are being prosecuted and are banned from hiring new foreign workers. It applies even if these employers set up new businesses, he added.

Lim said that the ministry is doing all it can to help those with unresolved salary claims and work injury compensations because their “salary is hard-earned money”.

"When a worker is injured, it may affect his ability to work and to not pay him the compensation is unacceptable. We will continue to strengthen our support for them,” he said.