The report looks at wage increases, real wage growth, and the prevalence of flexible wage systems and how these have changed in the past two years 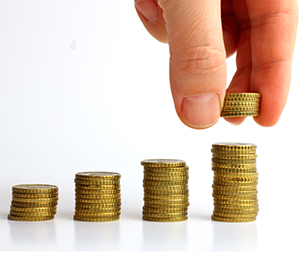 Emp
loyee wage growth has slowed in 2015 with 64% of employers offering increased pay last year. This has dropped from 72% the year before, according to the Report on Wage Practices 2015.

The report, released today (2 June) by the Ministry of Manpower (MOM), looks at wage trends and statistics for 2015 and compares them to the previous year’s figures.

As mentioned, fewer firms actually increased pay in 2015 when compared to 2014. This was accompanied by more firms reducing or maintaining staff wages. A complete breakdown of these changes can be found below:

Total wages in the private sector rose by 4% in 2015, down from the 4.9% increase of 2014. This was due to softer economic conditions which have held back some firms.

However, overall negative inflation meant that real wages in 2015 rose at an even faster pace of 5.4% compared with the 3.9% growth found in 2014.

MOM also found that most employers had implemented some sort of flexible or performance-based wage system. In fact, 90% of all employees were under these systems in 2015. This is the highest rate since 2004.

The top three types of flexible wage systems are listed below with percentages in parentheses representing the number of employees covered: For firms hiring low-wage workers earning up to $1,100 per month in 2015, 46% granted wage increases to those employees. Only 18% gave increments equal to or more than the National Wage Council’s (NWC’s) recommended built-in wage increase of $60 per month in 2015.

Both these figures were lower than in 2014 when 59% of private firms gave low wage workers increased salaries while 31% followed or exceeded the stated NWC guidelines.