Are sad leaders the secret to success? 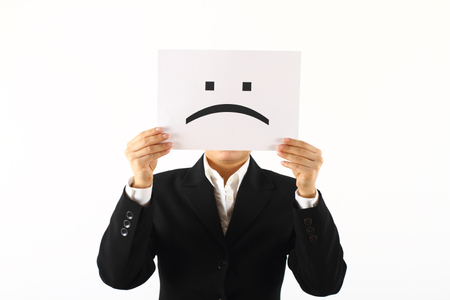 New research looking into the effects leaders displaying negative emotions in the workplace have on their subordinates found that sad, vulnerable leaders have more personal power than leaders showing anger.

The study involved two groups of working adults watching videos of angry and sad leaders while a third group was shown relevant photographs in an online survey. All three groups were asked to rate their perception of power held by the leaders.

“As expected, angry leaders were viewed as having higher levels of different types of position power. This includes being legitimately instated over others, having the right to give or withhold rewards and coercive power to punish others,” said Schwarzmüller to Science Daily.

“When it comes to personal power, however, leaders displaying sadness seem to appeal to followers more strongly.”

But while some leaders may benefit from showing their legitimate power through displays of anger, she said that this could also backfire as subordinates may infer that they have weak ‘referent power’.

“Referent power refers to the ability of a leader to influence followers by making them identify and sympathize with him or her, and is a crucial prerequisite for ensuring followers' loyalty and commitment,” she said.

An additional benefit to showing sadness, she said, is that it “decreases leaders’ assumed power to punish – a power base that negatively affects leadership outcomes”.

Angry leaders may be seen as more powerful but their power rests upon a weak foundation, she said.

In general, the study authors suggested that “leaders ought to consciously reflect on the emotions they display during negative work situations”.

Are you an introverted leader or a macromanager?

Do you have a parent-child leadership style?

How to handle a badly-behaved CEO