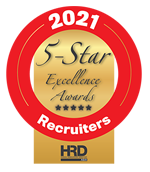 At the peak of the pandemic in 2020, retrenchments, hiring freezes, and budget cuts were the norm for talent management teams. Unemployment was at an all-time high across the globe due to COVID-related recession – and, sadly, Singapore wasn’t spared. In an advanced labour market release for 2020, the city-state’s Ministry of Manpower (MOM) reported higher retrenchment figures every quarter versus the same period in 2019. Despite this, they noted that the figures remained ‘significantly lower’ compared to past recessions such as the Global Financial Crisis.

As organisations went into survival mode, recruitment activity was almost non-existent. The hiring sector was hit hard across the nation, with companies putting in hiring freezes and talent pools drying up. What’s more, Singapore saw a drastic dip in employment after the Circuit Breaker period started in April. The ManpowerGroup recorded a -28% in employment from July to September. LinkedIn, on the other hand, found that hiring activity dipped to below zero on its platform from March, hitting as low as -40% by May.

However, recruitment did eventually begin to see a light at the end of the runnel in the second half of the year. ManpowerGroup reported that the employment outlook shot back up to -2% from October to December. The figure currently stands at an optimistic 15% for the first quarter of 2021, suggesting that organisations have resumed plans to expand their headcount or at least replace roles left vacant since the crisis.

This optimism was shared amongst the winners of HRD’s inaugural 5 Star Recruiter awards. Having kept calm and carried on, these recruiters worked night and day to survive one of the most unpredictable years on record. Working hand in hand with other sectors, the telant and recruitment market went above and beyond to help get Singapore back on its feet. After all, as Jaya Dass, managing director, Malaysia and Singapore at Randstad told HRD, “in the grand scheme of things” the pandemic didn’t just impact recruitment or Asia – the impact was felt globally and across all industries.

The impact of COVID-19 on recruitment

HRD spoke with representatives from three of the award-winning firms to get their insights into the current employment landscape. Speaking to Randstad’s Jaya Dass, she revealed what she felt was the pandemic’s greatest impact on recruitment - listing several ‘structural drivers’.

“What does work look like [now]?” Dass told HRD. “Think about where and how the nature of work has changed dramatically – with people working remotely and relying heavily on just technology or an interface to get something done.”

Furthermore, Singapore’s recruitment market felt a major shift in talent mobility. Dass referred to the prolonged border closures and sudden stop in free movement of talent across the globe - something many leaders considered death blow for the sector, especially in globalised cities like Singapore and Hong Kong. All in all, Dass observed that major changes usually only come about when leaders choose to shift from a place of fear into opportunity.

“As people shift out of the fear of what COVID-19 is or how it’s going to impact them, it starts to dawn on them that this was going to be a longer-term challenge to navigate,” she said. “The mindset then starts to shift [to] should we be thinking about how to capitalise on this opportunity? Is there a silver lining that we can go towards and maybe use as an opportunity to force ourselves to say, ‘What will the future of work look like? What can we take out of this?’”

Fellow industry colleague, Monty Sujanani, country manager, Singapore at Robert Walters, shared similar sentiments to Dass. He told HRD that the impact on recruitment largely reflected the high levels of uncertainty felt by leaders. “For example, no one’s quite sure when the economy will recover,” Sujanani said. “As a result of this uncertainty, we’ve seen a lot of businesses sort of halt their recruitment, take a step back and be very, very cautious on hiring.”

This was paralleled by a spike in candidate applications from individuals who had either been retrenched or were simply unsure about their statuses. They took proactive steps to secure their careers. This resulted in a serious supply and demand issue, where there were way too many candidates, but very few job vacancies on the market. Sujanani believes this contributed to a shift to more contract-based hiring opportunities.

“Four or five years ago, the term ‘contract hiring’ was never very appealing or sexy,” he said. “Now it’s becoming quite the norm. This approach allows organisations to keep teams a bit more agile and gives them some flexibility to react to the changing market. On the other side, candidates are also more willing to take on contract roles [as] they understand the reason [for it].”

The future of recruitment

The industry leaders HRD spoke to agreed that the impact on the recruitment sector involved an acceleration of disruptions that existed pre-COVID 19, such as adaptations around the ‘future of work’, as well as a collective mindset shift on what employment looked like. But what changes will become a permanent part of our talent landscape? How will the future of recruitment look like for employers?

Hiring based on potential

This practice has been steadily accelerating in Asia, with around three in five hiring managers saying they’ve recently hired based on potential. A 2019 study from Robert Walters also found that looking beyond a candidate’s experience or qualifications eventually paid dividends: 94% of leaders agreed that those hired on potential turned out to be highly valuable and engaged team members. Additionally, it helped employers deal with issues such as retention rates as well as the persistent skills gap.

Nilay Khandelwal, managing director at Michael Page Singapore, said that ‘progressive leaders’ hired based on potential because it can help companies remain relevant through rapid industry changes. “The skillsets that you’re hiring for may not have [existed] in the system,” Khandelwal told HRD. “You’ve got to look at the potential of the individual rather than what someone has already done. Because with the changing landscape, it’s very hard to determine what will be the next thing that comes up.”

Focusing on values is another aspect of the employee experience that has become even more critical in the post-pandemic world. What does your business stand for? How are your leaders and organisation showing that it cares for more than just the bottom line, for example employee well-being, as well as societal impact?

“Employer branding has probably become much more important than what it used to be,” Khandelwal said. “What does a healthy work culture entail within an organisation? What are the company’s mission and values? [How can you be] transparent about financial performance? Candidates are judging an organisation based on these factors when it comes to their brand, especially in current times.”

Being adaptable and flexible has also become ‘equally important’ when strategizing your employer brand, added Jaya Dass. “I think organisations fall into two categories: Either you handled yourself very well during COVID and your employees are grateful and see that you have the right policy, right value system, and the right treatment of your people,” Dass explained, “or you fell into the other category where people were disgruntled and unhappy.

“This has an impact on your employer brand because it’s not easy to recover if you’ve reacted badly to [the pandemic]. I think companies need to think about what is being said about their employer brand and values as a company and how attractive they are to future talent, [by showing] how well they’ve adjusted and come out of the pandemic situation.”

What are the five-star ratings?

A recruiter is given a five-star rating for consistently delivering across several areas for employers. This includes an outstanding combination of good customer service, ability to source the best candidates, being value for money, offering speed of placement and strong retention rates.

How were they calculated?

A team of researchers at HRD analysed data from hundreds of HR professionals, collected through surveys and in-depth interviews, to determine the final ratings of each shortlisted recruiter. The rigorous process ran for about three months in Singapore.

They weighted each criterion, depending on its relative importance for employers. Then they applied an algorithm to the data to find out which criteria mattered most to HR. This determined how many stars each recruiter received. Those with the highest scores across all criteria were chosen as overall winners of the award.