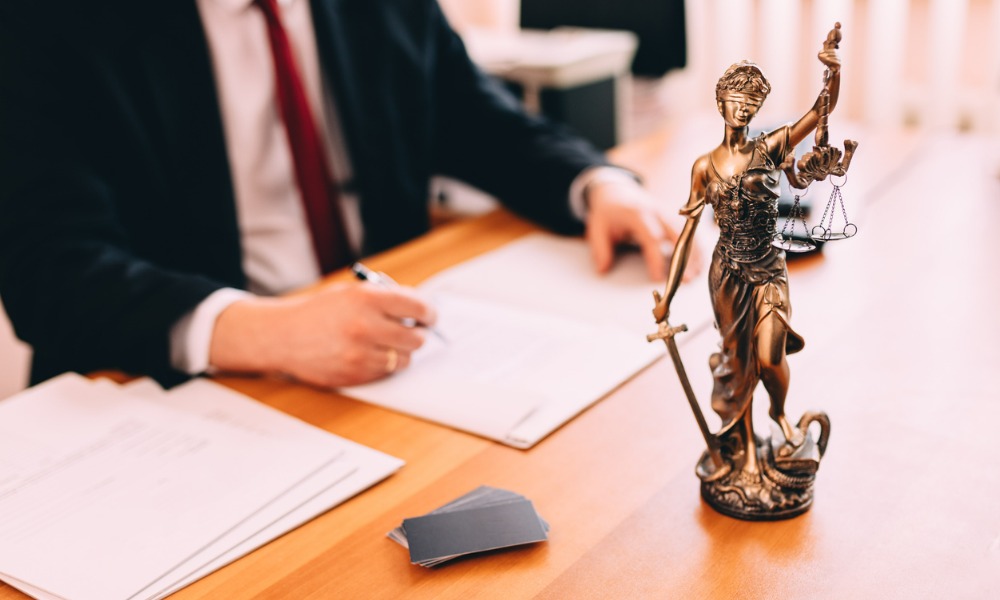 Vince McMahon, who returned to World Wrestling Entertainment (WWE) as executive chairman earlier this month, has agreed to a multimillion-dollar settlement with a former referee who accused him of raping her nearly 40 years ago.

Rita Chatterton, the first woman referee in WWE history, demanded $11.75 million in damages for the alleged rape in 1986, according to a November letter sent to McMahon’s attorney, the Wall Street Journal reported.

As part of the settlement completed in December, Chatterton agreed to a lesser amount in the millions of dollars, which will be paid in a lump sum up front and annual installments thereafter, WSJ reported.

“Mr. McMahon denies and always has denied raping Ms. Chatterton. And he settled the case solely to avoid the cost of litigation,” Jerry McDevitt, a lawyer for McMahon, told WSJ.

In 1992, Chatterton alleged that McMahon had told her she needed to satisfy him to obtain a $500,000 contract with his company, and then proceeded to rape her in the back of a limousine in New York. In a 1993 lawsuit, McMahon argued that Chatterton made the false claim at the urging of a professional wrestler with a vendetta against the WWE kingpin. In 1994, McMahon withdrew the lawsuit to focus on another legal battle, as the United States government sued McMahon on suspicion of supplying illegal steroids to wrestlers in his company.

McMahon was ultimately acquitted of those charges.

Vince had scandals before. In 1992, Rita Chatterton, a former referee told Geraldo Rivera that Vince made her give him oral sex to keep her job. /3 pic.twitter.com/QlOJjO6KZX

Chatterton passed a polygraph and multiple sources corroborated her account, according to her lawyer John Clune, in the November letter. Clune wrote that Chatterton “has suffered years of ongoing depression, substance abuse, disordered eating, lost income, and overall, a decreased quality of life.”

In December, McMahon was also in talks with an attorney for a former spa manager who alleged he assaulted her at a California resort in 2011, according to an email her lawyer sent to McMahon’s lawyer, WSJ reported. The status of those negotiations hasn’t been disclosed.

Chatterton’s legal demand letter was sent just weeks before a New York law went into effect that allowed a one-year window for victims of sex crimes to file lawsuits that would’ve been barred by the statute of limitations.

A similar law went into effect in California at the start of 2023: AB 2777 (which expires Dec. 31, 2026) revives sexual assault claims that occurred on or after Jan. 1, 2009, that would otherwise be barred solely because the statute of limitations has or had expired. The bill also revives claims that occurred on or after the plaintiff's 18th birthday when one or more entities are legally responsible for damages and the entity or their agents engaged in a “cover up,” which is defined as a concerted effort to hide evidence relating to a sexual assault that incentivizes individuals to remain silent or prevents information relating to a sexual assault from becoming public or being disclosed to the plaintiff, including, but not limited to, the use of nondisclosure agreements or confidentiality agreements.

McMahon stepped down as CEO and chairman in June 2022 due to an investigation that he allegedly paid hush money to a former employee over an affair. The 77-year-old entrepreneur retained his role and responsibilities related to WWE's creative content during this period, and even appeared numerous times on WWE TV during the investigation. Less than one month later, the WSJ expanded its report to claim McMahon paid four women at least $12 million total over the past 16 years to hide numerous allegations of sexual misconduct.

Just a couple weeks after the report, McMahon retired.

In January, McMahon, WWE’s largest shareholder, issued a written consent order to remove JoEllen Lyons Dillon, Jeffrey R. Speed and Alan M. Wexler “without cause” from the WWE’s Board of Directors. McMahon filled the vacancies with himself and former WWE co-presidents Michelle Wilson and George Barrios.

Meanwhile, Ignace Lahoud and Man Jit Singh both resigned from the board following McMahon’s return. His daughter Stephanie, who had taken over as chairperson and served as co-CEO with WWE President Nick Khan, announced her abrupt departure from the company a few days after McMahon’s return.

Then. Now. Forever. Together. pic.twitter.com/8dqr5reIiv

“WWE is entering a critical juncture in its history with the upcoming media rights negotiations coinciding with increased industry-wide demand for quality content and live events and with more companies seeking to own the intellectual property on their platforms,” McMahon said in a press release.

“The only way for WWE to fully capitalize on this opportunity is for me to return as executive chairman and support the management team in the negotiations for our media rights and to combine that with a review of strategic alternatives. My return will allow WWE, as well as any transaction counterparties, to engage in these processes knowing they will have the support of the controlling shareholder.”

Initially, WWE’s board rejected McMahon’s return due to continuing investigations by the Securities and Exchange Commission (SEC) and the Justice Department into his secret payments. In a letter to McMahon in December, the board said his return “would not be prudent from a shareholder value perspective.”

“This determination is based on a variety of factors, including non-public information the Board has become aware of and the risks to the Company and its shareholders of placing a greater spotlight on these issues,” the letter said.