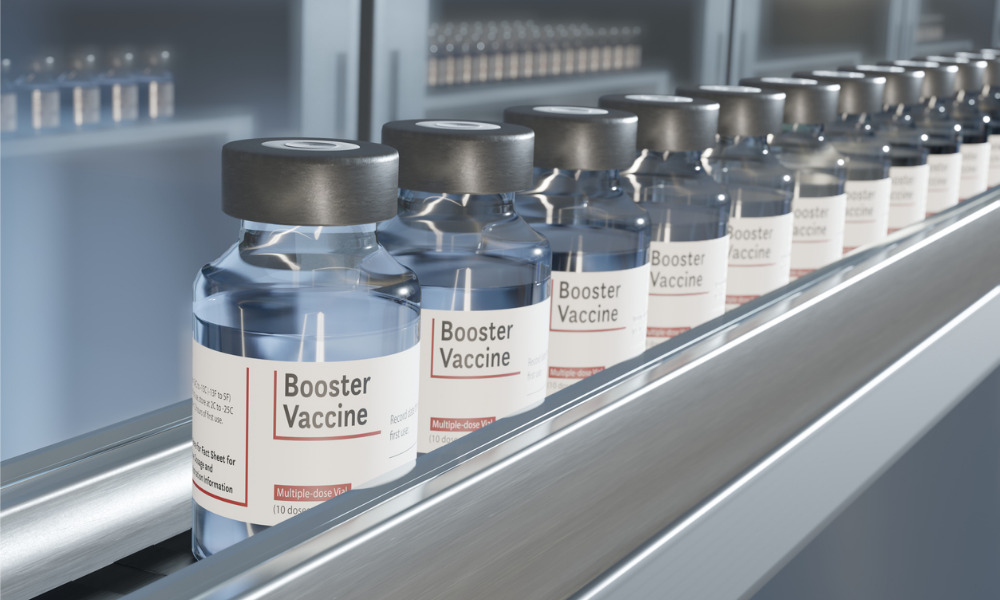 After a two-week extension, today is the deadline for San Jose employees to comply with the city’s COVID-19 booster mandate.

The original deadline was Feb. 11, but about 800 workers failed to comply in time. As of Feb. 17, 82% of the city’s more than 6,000 actively working and booster-eligible employees had submitted proof of a booster shot, according to data from San Jose’s Office of Employee Relations. To increase that percentage, the city established more booster clinic options over the past two weeks. Meanwhile, 95% of the city’s workforce is fully vaccinated, data shows.

“Our goal is really not to discipline employees,” San Jose HR Director Jennifer Schembri told The Mercury News. “Our goal is to get people boosted, and to the extent that we can give additional time to get more people into compliance, that is what we want to do.”

Ahead of the initial deadline, roughly 50 city employees received approved or pending religious or medical exemptions for the booster mandate. Those who refuse to get boosted and aren’t granted exemptions can continue working, city officials say, as long as they agree to testing twice a week and are willing to face up to 40 hours of unpaid leave.

Councilmember and mayoral candidate Raul Peralez has proposed that San Jose ditch the mandate in favor of requiring that any employee who doesn’t submit proof of a booster shot be tested twice a week. The threat of disciplinary action has caused a “decline in workforce morale,” Peralez said.

“I’m not looking at going backward. What I’m looking at is how are we going to progress and I don’t think it’s going to be to continually mandate boosters every few months,” Peralez told The Mercury News. “I feel that this is a much more sustainable and better long-term model that we can adapt and transition into.”

Peralez’ proposal makes sense considering the state’s relaxed rules due to a reduction in COVID-19 cases over the past month. On Feb. 16, Los Angeles County has lifted its outdoor mask mandate for K-12 schools and childcare centers, as well as “mega-events,” such as Super Bowl LVI. (If you watched the game, you noticed that attendees had already disregarded the requirement.) County officials previously announced that the mandate would be dropped if the number of COVID-19 cases remained under 2,500.

One day prior, California Gov. Gavin Newsom declared the end of the state’s indoor mask mandate for vaccinated individuals, citing the drop in the province’s COVID-19 case rate.

However, health care workers in California still have to get their booster shot by March 1, as per the state mandate. New York, New Jersey, Connecticut and New Mexico have all enacted similar mandates. Santa Clara County has a similar requirement, with a twist: workers in “high-risk settings,” like hospitals and jails, who are granted a medical or religious exemption aren’t allowed to stay in their position. Instead, they’re to move to a “lower-risk” job setting.

After hospitals in the region complained that the requirement would amplify the current staffing crisis, the county health department created a waiver option, where organizations could get approved to allow unvaccinated employees to stay in their high-risk job settings. However, County Executive Jeff Smith denied six unions’ pleas for waivers.