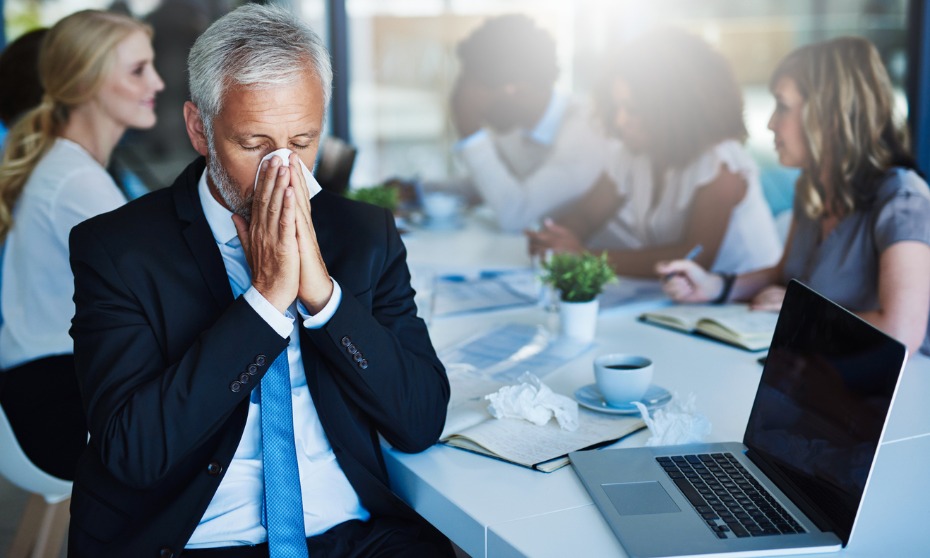 Nine in 10 workers in the US claim to have gone to work even when they were feeling under the weather, according to a new study from global staffing firm Accountemps.

Researchers examined the impact of presenteeism – or working even when ill – on organizations. They found an alarming 90% of respondents report to the office even when they are sick with the cold or flu. Of these, 33% always go to work while ill.

When asked why they do so, more than half (54%) said they had too many things to do in the office to be absent. Meanwhile, 40% said they just didn’t want to use up their sick leave.

READ MORE: How to encourage employees to respect their health

Michael Steinitz, senior executive director of Accountemps, said many employees don’t want to take a sick day for different reasons, such as having large workloads, pressure from their employer, or not being able to afford to take some time off.

However, he explained that staying at home when sick is the best way for workers to combat their illness fast and avoid spreading the disease among co-workers.

“Bosses should set an example by taking time off when they're under the weather, encouraging employees to do the same and offering those with minor ailments the ability to work from home,” Steinitz said. “Bringing in temporary professionals can keep assignments on track during staff absences.”

In the UK, organizations are also having difficulty dealing with high rates of presenteeism. In fact, more than eight out of 10 workers (83%) would rather go to work than be absent even if they were sick, according to a recent Love Energy Savings report.