One company boosted its number of female engineer employees by 500%. How can you bring more diversity to your workforce? 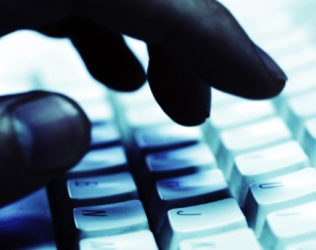 Women are still underrepresented in Science, Technology, Engineering and Mathematics (STEM) jobs, and debate rages about the reason why.

One US company got serious about shaking up its engineering department, increasing female engineers by 500%.

Etsy chief technology officer Kellan Elliott-McCrea talked to First Round Capital’s annual summit about the steps the company took to increase the number of female engineers to 20, out of a team of 110.

Three years ago the company started focusing on gender diversity, but it struggled at first. Despite taking proactive steps to find women for their engineering roles in one year the company’s gender ratio got worse instead of improving.

“Simply saying that you value diversity internally isn’t enough – there’s just no reason for an outside observer to believe you if they come and see a scarcity of women in the organisation,” Elliott-McCrea said. “Women tend to be more conservative about switching jobs, especially if they’ve had a negative experience in the past with an employer. You need to show why your company is a great place to work and a great place in particular for a woman to work.”

There is a strong business case for diversity, which has been shown to reduce groupthink and improve innovation. Companies which excel in diversity, also often have a better bottom line, according to a number of studies including one last year from Credit Suisse. Also, because the majority of Etsy's users are women, the company felt their employee ratios should reflect their customer base.

A major step the organisation took was partnering with Hacker School, a company that runs three-month courses for engineering. Etsy offered scholarships for qualified people and used its social media and online contacts to spread the word that they were looking for female candidates. Their first cohort, in summer 2012, was 23 women and 17 men. From that Etsy permanently hired five women and three men and now have a total of 20 female engineers out of a total of 110.

Why did this work, when their past efforts had failed? “The grants felt like a real invitation. People actually believed we wanted them to be there,” Elliott-McCrea said.