A value-add service? Background checks in the hands of job-seekers

Do you trust all the information on a CV? Background checking companies want to ensure you can, and in some cases are passing the power to the candidates. 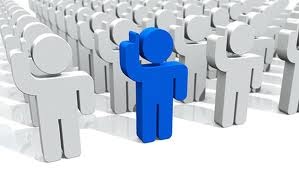 Do you trust all the information on a CV? Background checking companies want to ensure you can, and in some cases are passing the power to the candidates.

Organisations are now providing tools to both employees and recruiters to ensure more informed background checks are being carried out.. Two US companies – eKnowID and Acertiv - are taking different approaches to ensuring the validity and usefulness of background checks and CVs.

Through eKnowID, candidates can obtain background checks on themselves, giving them foresight into what a prospective employer could obtain. The service allows employees to become aware of information about them that may be false – eg criminal records due to identity theft or slanderous reports.

In contrast, Acertiv’s service allows job-seekers to add validity to their CV. Acertiv is provided free to job-seekers, who can upload documents to support their claims, such as licenses, degrees or other qualifications. Acertiv’s website describes the service as giving candidates the chance to “validate the bullet points on a résumé using professional contacts and supporting documentation”.

For employers, Acertiv allows them to skip the validation process and increase their faith in the reliability of a candidate’s claims. “Organisations such as eKnowID and Acertiv are tapping into the candidate rich market at a time when unemployment is high, especially in the US, and candidates are taking every opportunity to differentiate themselves by ‘adding value’ to their applications,” Greg Newton, general manager of Verify, stated.

Newton, whose Australian organisation has offered a similar service for years, suggests these checks can create some of their own problems. “Which candidate in their right mind would upload a bad reference, criminal record or failed degree?” he stated.

Newton expressed scepticism as to the uptake of this approach in Australia. “The difficulty is primarily that many documents date quickly,” he stated. “They only reflect ‘fact’ at the point in time when they were collected.”

The ease of obtaining fraudulent documents online is another barrier Newton mentioned. “They are so well produced today with modern technology that it would be almost impossible, even for an experienced HR executive, to identify a quality forged document without confirmation from the issuing source,” he stated.

Newton explained Verify’s focus as helping candidates provide current documentation that proves a clear criminal history, license or qualification when requested by prospective employers. “Our role as a professional verifier is to ensure for our clients that their prospective candidate is who they say they are and that they have the skills, competencies and work experiences stated,” he said.