Are Facebook ads for recruiting purposes worth the cash, or should HR be spending their advertising budget elsewhere? 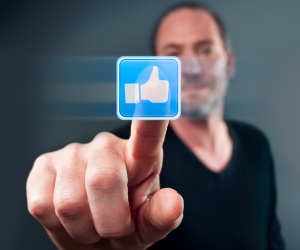 At
ten years old, Facebook is the largest social media network around. According to social recruiter Work4, 84% of people who only use one social media platform use Facebook, with 63% of users on Facebook daily.

Arguably the economy of Facebook, ‘likes’ are a measurement used by brands on Facebook to increase their standing. Facebook has also begun implementing tools to allow Facebook likes to serve as endorsements for brands: if you like a page, your image will appear next to a Facebook ad for a product.

While on the surface this may appear as a powerful marketing tool, the move has been controversial for Facebook. CIO reported last week on the move by privacy group Public Citizen to stop Facebook from using the images of minors next to these ads. In addition, many savvy users have opted out of allowing Facebook to use their image next to advertisements, reducing the function’s scope and effect.

Advertising on Facebook still remains relatively clouded – while the numbers are high, controversy and the broad range of people on Facebook (making it more difficult to target ads, despite metrics in place to narrow this), as well as the fact many do not use Facebook with a ‘work’ mindset makes it difficult to establish whether it is truly effective or not.

Key HR takeaways
However, recruitment on Facebook can be achieved through a number of means. Work4 has four key areas HR pros should consider:

Audience
HR pros must understand the current make-up of the audience on Facebook. The number of 45-67 year old has increased by 67% over the last year. However, 83% of 18-29 year olds who use the internet are also on Facebook. The most important take away here is that Facebook isn’t (and possibly never was) about being ‘cool’: other less community-oriented social media outlets such as Snapchat and Tumblr fulfil that role.

Branding
While some organisations such as Microsoft and Unilever have set up Facebook pages specifically for showcasing career opportunities, others simply do so through one centralised page. Either way, organisations must understand everything from their profile picture to their interaction with posters on their page will impact their employer brand.

Culture
Company culture is an important part of recruitment. If your employees are satisfied with the company culture, they are likely to want to talk about it – HR should encourage employees to share job positions or otherwise post about them on Facebook. This speaks volumes for the company culture and satisfaction the employee gains if they are willing to offer a job to friends.

Do you use Facebook as part of your recruitment strategy? How has it worked for you?