Australia falling behind in work/life balance

Australia is falling behind the rest of the world when it comes to work/life balance, a new study demonstrates. 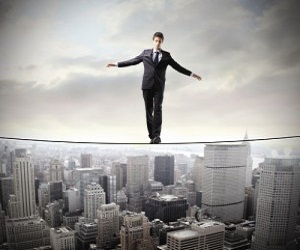 Des
pite ranking overall as a fantastic place to live, Australia is lagging behind the rest of the world when it comes to work/life balance, the most recent Better Life Index from OECD has found.

Compared to an additional 35 OECD-registered companies, Australia ranked as 29th when it came to work/life balance, just above Iceland and just below the US.
The work/life balance ranking does not greatly reduce the quality of living for many Australian’s, OECD stressed.

“In general, Australians are more satisfied with their lives than the OECD average, with 84% of people saying they have more positive experiences in an average day (feelings of rest, pride in accomplishment, enjoyment, etc) than negative ones (pain, worry, sadness, boredom, etc). This figure is higher than the OECD average of 80%,” the company stated.

In the ‘job’ ranking – which factored in elements such as job security, personal earnings, long-term unemployment and employment – Australia fared better, coming in 8th.
Over 73% of Australians aged 15-64 are in paid employment, above the OECD average of 66%. Despite the work/life balance score, Australians were found to work 1,693 hours a year, compared to the OECD average of 1,176. However, hours were found to be in longer periods.

Having completed the equivalent of a high-school degree appears crucial to further career prospects in Australia, with 73% of adults aged 25-64 in Australia having equivalent qualifications – just short of the OECD average of 74%. The average Australian student scoring 519 points for reading literacy, maths and science, higher than OECD’s 497 point average.

Not only do these results indicate a high degree of talent existing within Australia’s workforce, but Australia’s overall rank as – along with Sweden – the OECD country with the best quality of life means that, if given the right opportunities, Australian workers are unlikely to jump ship.


Broken down to employment-related factors, the OECD Top 5 countries are: