John Hansen outlines how the latest social neuroscience research is changing our understanding of workforce behavior and leadership. 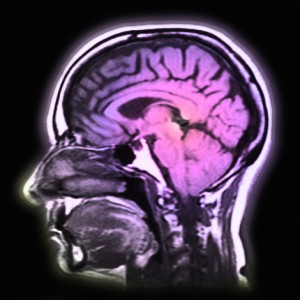 John Hansen outlines how the latest social neuroscience research is changing our understanding of workforce behavior and leadership.

During a recent event series run throughout the Asia-Pacific region, Oracle was pleased to feature presentations from Dr David Rock, who is the Co-founder and Director of the NeuroLeadership Institute. This event series built upon his highly acclaimed keynote at this year’s Oracle HCMWorld event in Las Vegas, in which he discussed how the latest social neuroscience research is changing our understanding of workforce behavior and leadership. Oracle then outlined how these research findings can be leveraged and applied as you optimize your adoption of Oracle’s HCM and Talent Cloud.

Part One of this topic will introduce the SCARF(TM) model developed by Dr David Rock, and identify where indicators or influencers of status, certainty, autonomy, relatedness and fairness might manifest themselves in your HCM applications and practices.

The theme of David’s presentation is that the research findings on how humans relate to each other have uncovered strong drivers that motivate human behavior, and that these findings have real-world application in the workplace. In response to these findings, David authored an article for the NeuroLeadership Journal in 2008 entitled “SCARF: a brain-based model for collaborating with and influencing others”. This article identifies two key themes, outlining how the brain constantly evaluates each input as either a threat or reward, and how our behavior is geared toward avoiding perceived threats and maximizing our opportunity for reward.

Secondly, it highlights how our social needs are a primary motivator, as fundamental to our wellbeing as food and water. The article then introduces the SCARF(TM) model, which defines the following five central areas of social experience that are impacted by these themes: Status, Certainty, Autonomy, Relatedness and Fairness. As we review David’s definition of these five areas, we can also start identifying where our HCM practices and/or systems may support threat or reward stimuli for each.

David defines status as being ‘about relative importance to others’ (Rock, 2008). In an enterprise setting, the perception of status may be impacted by the role titles, grading, organisation structures and hierarchies that are defined, as well as the manner in which, and mechanisms used for, reporting and communications are defined. Additionally, each person’s reputation and credibility within the organisation, and inclusion in (or exclusion from) formal and informal networks and workgroups may impact the perception of relative status.

Certainty is defined as being concerned with the ‘ability to predict the future’ (Rock, 2008). Systems and practices that may support the feeling of certainty might include the utilisation of career planning, advancement paths, and learning and development plans. Additionally, the effectiveness and relevance of performance discussions, and the effectiveness of objective and goal-setting activities will all impact the feeling of certainty for the workforce.

Autonomy is defined as providing ‘a sense of control over events’ (Rock, 2008). Allowing personal goal formulation, choice of engagement methods, and empowerment to collaborate beyond a person’s formal/primary role may support autonomy. Additionally, the effectiveness of reporting and the ability to explore career interests and options outside the current role can greatly impact the feeling of autonomy.

Relatedness can be thought of as ‘a sense of safety with others’ (Rock, 2008). Relatedness might be supported by the adoption of social and team/workgroup goals, the utilization of real-time feedback within the peer-group, and the ability to collaborate beyond a person’s direct or formal network. Additionally, enhancing and supporting social discovery for the workforce could greatly enhance a sense of relatedness.

Finally, fairness is defined as a ‘perception of fair exchanges between people’ (Rock, 2008).  This perception could be effectively promoted when regulated, standardized and consistent management practices are evident, including the utilization of transparent and defensible reward systems to manage promotions, compensation and recognition, and total transparency in the area of talent assessment and calibration.

In Part Two of this topic, we will discuss how Oracle’s latest generation HCM and Talent Cloud can support your adoption of the SCARF(TM) model, and support a more productive, engaged and innovative workforce.

About the author
John Hansen is Vice President for Applications Development and Product Management, JAPAC at Oracle Corporation