'Get back to work!' Can employers insist on an in-office return?

As employers place pressure on employees to return to the office, HR leaders are caught in the middle 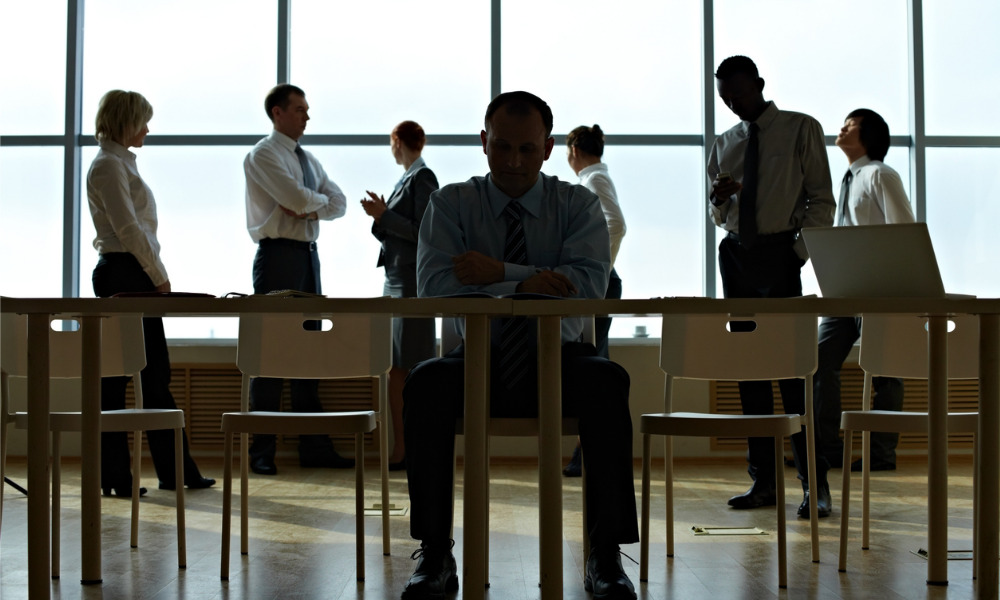 Recently, some employees returned to the office to find a message left on their desks. It read: “Sorry you were out when I visited. I look forward to seeing you in the office very soon."

As you might expect, the passive-aggressive note didn’t go down well among the UK civil servants to whom it was directed. The author, Jacob Rees-Mogg, UK’s minister for government efficiency, is known to be against remote working and the note was seen as putting pressure on people to return to their workplace.

“While more organisations are embracing some form of flexible working arrangements, as compared to before the pandemic, we are now seeing an increasing number of employers seeking to require employees to work from the office for at least part of the working week,” says Matthew Parker, senior lawyer at Moray and Agnew.

But a handful of businesses adopted a particularly hardline office-first approach. Among the most prominent has been Netflix whose CEO Reed Hastings told WSJ that he didn’t “see any positives” to working from home. In his view, “not being able to get together in person, particularly internationally, is a pure negative”.

Hastings was joined by Goldman Sachs CEO, David Solomon, who described working from home as an “aberration”. In a Bloomberg Television interview, Solomon said that he would expect the majority of his 60,000 employees to be “back in full by the end of the year”.

But in the face of employer pressure, can a reluctant employee refuse to return to full-time, office-based working?

“If an employee was employed on the basis of a requirement to work in an office, then an employer is entitled to require that person to comply with their contract and return to the office. There doesn’t have to be any other real justification for it,” says Jo Alilovic, founder of 3D HR Legal.

Some organisations – and these include a large number of law firms – have come out with flexible work policies which stipulate a minimum requirement for time spent in the office. Alilovic says that one law firm stipulated that staff should attend the office for 60% of the time – a figure which it said was backed by stringent information security and health and safety assessments.

“The cynic might say that these stringent measures are designed to make WFH unattractive. However, it is truly important for businesses to protect their operations and safety of staff in all workplaces, including at home,” says Alilovic.

Anecdotally, over the last 18 months, Alilovic reports hearing business owners say how “desperate” their employees are to come back to the office. There is little doubt that having clear demarcation between work and home life suits some people more than others as overtime tends to blend into personal time. Then there are the added social and collaborative benefits of being able to communicate face-to-face.

But working from home appears to boost employees' productivity. Nearly half of employees surveyed by the ACTU (Australian Council of Trade Unions) said that their productivity increased when they were able to cut out commuting and had more autonomy over their working hours.

But this doesn’t always cut much ice with employers, particularly among managers who are accustomed to having staff who are visible and on hand.

“In fact, an employee who refuses to comply with a lawful direction to return to office working may be subject to disciplinary action, up to and including termination of employment,” says Parker. Rees-Mogg has threatened just that, telling UK civil servants that they risk losing their jobs if they refuse to return to work.

There are exceptions, points out Parker. If an employer isn’t adequately addressing the risks posed by COVID-19 or has failed in its obligation to consult with staff before issuing ultimatums.

There is also the statutory right to request flexible work arrangements for any employee who has at least 12 months continuous service – with an employer only able to refuse on reasonable business grounds.

All change can be challenging to deal with – for managers faced with overseeing a hybrid workforce and for employees learning to collaborate and communicate in new ways.

But if an employee is receiving demands to return to the office (subtle or otherwise) and they don’t wish to comply, they need to consider their legal options, and ask the questions: Is there any legal entitlement to request flexibility? Are there facts which would make the refusal to grant flexibility discriminatory conduct? Is the workplace safe?

Alilovic recommends that employees should also analyse their own thoughts and feelings to assess their reasons for being reluctant to return to the office.

“Perhaps the matter can be most easily resolved by talking to the manager and being upfront about feelings so that arrangements can be made that suit everyone. Often what feels like a demand can feel totally different when everyone’s view is considered.”