New research has revealed the work ethic of family CEOs, and it doesn’t look good. 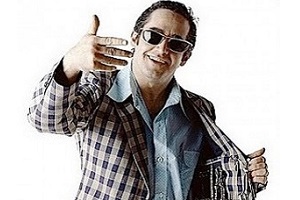 Des
pite dissatisfaction with monarchies, many individuals are still content with the corporate world being ruled by families. Many large organisations feature ‘family CEOs’, or otherwise remain in the hands of the founder’s family through board members and executives: confectionary brand Mars, media juggernaut News Corp, and Ford Motor Co, for instance.*

However, research from Harvard Business School, the London School of Economics and Columbia University has found that family CEOs are often less hard working than ‘professional CEOs’.

"On the one hand, it stands to reason that they should be super-motivated to work hard because whatever they do for the company adds to the wealth of their whole family," Raffaella Sadun, co-author of the study, told Harvard Business School Working Knowledge.

"On the other hand, a CEO's incentive to perform is in large part tied to what happens when he or she does not perform—a risk of getting ousted."

The study surveyed around 356 CEOs in India, two-thirds being members of the family that owned the firm. The study went on for three months, with researches collecting time-use information from either the CEO themselves or their PA.

The study found that family CEOs lodged fewer hours than professional CEOs. However, second-plus generation CEOs (those who inherited the role, as opposed to founding the company), were found to work more hours than founder-CEOs.

The study was then replicated across Brazil, France, Germany, the UK and the US and found similar results.

Sadun feels that the research indicates family CEOs have a nonmonetary motivation for running their companies.

"It's clearly not just about maximising profits. It's not just about how much they're paid. And we just need to understand what's going on, what the motivation is. Because we know that if we could target these groups of firms and improve their performance, there would be very important implications for business research and, most importantly, the economy."