Broadcaster ABC’s exposé of the food supply chain sector this week alleged that the industry has been exploiting migrant workers and forcing them into unbearable conditions. 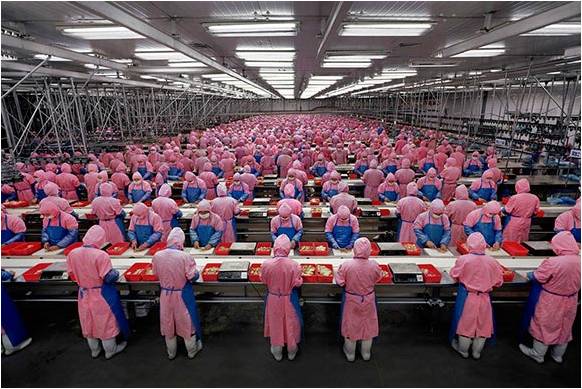 In
this week’s Four Corners, broadcaster ABC alleged that multiple abuses of working holidaymakers were occurring within the food supply industry.

The conditions that the workers featured on the program reportedly faced included underpayment and ‘slave-like’ expectations.

The exposé referred specifically to employees at Baiada chicken processing plants in Adelaide and Sydney.

Since ABC broadcast the program, Baiada has issued a statement claiming that the allegations made by Four Corners are inconsistent with prior checks and audits on its contract labour providers.

The company also stated that it is dedicated to the fair treatment of all its workers in accordance with State and Federal laws.
It also stated that as a result of the program, a review into the specific matters brought to light will be undertaken.

He said that although farmers are responsible for their own choices when it comes to employment practices and contractors, the issue is along the entire supply chain.

Assistant Immigration Minister Michaelia Cash said that the Department of Immigration and Border Protection is currently investigating the employment of 417 visa holders by On-Hire labour firms.

She added that new rules requiring payslips as evidence of work for obtaining a second working holiday visa will reduce exploitation.

“Any employer engaging or paying workers below those conditions is breaking the law,” she said. “The government does not tolerate the exploitation of workers.”

There has also been a call for migrant workers to have mandatory access to a union to prevent exploitation, according to ABC News.

The Transport Workers Union reportedly said that state and federal governments must provide training sessions for migrant workers to put an end to the conditions exposed by Four Corners this week.