As AI tech take over offices, will HR get ready to prep ‘work contracts’ and manage culture fit? 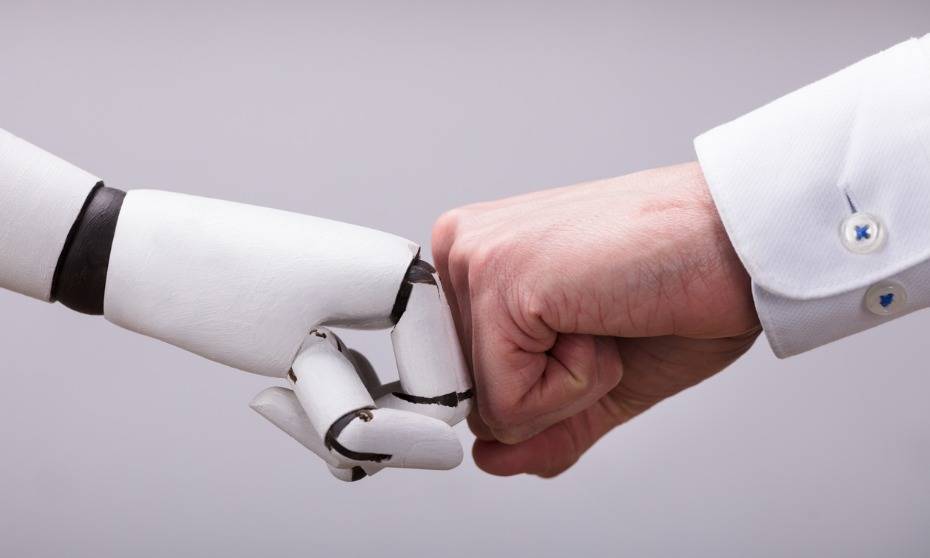 It’s happening. Robots are taking over. Not just in the more ‘expected’ roles like assembly lines in manufacturing plants, where jobs are repetitive and better off with zero human error. But we’re also seeing it in the frontlines of supposedly people-oriented businesses.

We’re not just talking about chatbots anymore. Humanoid robots like Pepper, Nadine and Elias are trying their luck at jobs in industries such as financial services and education – as customer service agents and kindergarten teachers.

There are also AI-powered bots in the hotel industry, from reception to room services. One’s even working as an egg chef at a restaurant in M Social Singapore.

Just last year, China’s Xinhua news agency unveiled its first AI news anchor. However, one technology review site said it was simply an impressive “digital puppet that reads a script” instead of a proper example of machine learning capabilities. To keep it simple, the tech used will help advance the animation and special effects industries more than change the journalism game – for now.

In a shining example of robots entering our workforce, China recently launched a humanoid dentist. In 2017, it successfully performed surgery on a human patient without any human input. And no, it didn’t harm the patient at all. The use of robots in the medical industry have gone hand in hand for years either way, except previously they’ve been remote-controlled by real human doctors.

We’ve been ‘warned’
Those are just choice few examples of successful applications of AI. Regardless, the AI take-over has been forewarned. In 2017 McKinsey Global Institute estimated that as many as 700 million workers will have to find new jobs or arm themselves with a new set of skills by 2030.

Robots and artificial intelligence will occasion a shift in the type of jobs available, and workers who analyse data or perform routine tasks – consultants and paralegals, for instance – may find their careers threatened.

Fret not, the report said there will be no shortage of demand for workers but the type of jobs available will change as machines become more intelligent. Those who interact with people, like managers and teachers, may be harder to replace. Note that the keyword here is “harder”. With tech’s current pace of advancement, all’s fair in the name of innovation.

The McKinsey report also pointed out that previous waves of technological change have not resulted in a long-term rise in unemployment. Innovations have simply led to the creation of new jobs in other sectors. New jobs that incorporate more exclusively human-like skills, like management and collaboration, for instance.

Are robot ‘employees’ under HR’s jurisdiction?
At a recent Ecosystm panel event attended by HRD, an interesting point of discussion was how and when chatbots will be treated like employees.

Since they’re at the frontlines of many organisations, engaging with employees and customers, they’ve become representatives of the company in some ways. One audience member proceeded to ask the panel whether the management of AI technology should go under IT or HR.

“The way that I see it, to get the best out of AI from the employee perspective, or even more generally, is through the collaboration of [the different departments] with the AI that’s provided by the bots,” said Annika Grant, global HR director at Uber.

“It’s not about replacing employees with a bot. It’s about augmenting the value of artificial intelligence that they’re able to bring through mining different data or some of the complex [tasks] that they can navigate, [with] the collaboration of a [human] field expert.”

She added that essentially, it’s not about who gets to manage the AI “employees”, it’s about rising above siloed teams and focusing on collaborating to optimise the robot’s capabilities in solving business problems. It really depends on the task at hand whether people in HR, IT, finance or business analysts, for instance, need to work together to take charge of the tech.

“I think the boundaries of different teams and the way that those teams come together are blurring,” she said. “I think we need to be much more creative in the way we harness people, their skills and competencies, so that they could collaborate the right way.”

Tim Sheedy, principal advisor at Ecosystm cited examples of leading organisations in New Zealand and the US that already treat their bots like employees.

“There are training budgets for the bots,” Sheedy said. “There’s an understanding [at the organisation]: ‘we have a training budget for the business and we need to train the bots too’.”

Of ‘cos the bots are not trained the same way as human employees, he said. They don’t learn through courses or classes, but a portion of the training budget is set aside for the bots.

The organisations also determine the bot’s working hours – should it be “between 7am and 7pm, for example, because that’s when they’re supported by IT” personnel?

“[The companies put] the same structure around the bots and the AI that you have around humans in the business,” he said. “And they’re taking a lot of learnings form their HR or employee experience team to make sure they are being treated the same way.”

Grant jumped in to say that before bots’ work contracts can become a norm, there are still broader issues to deal with first.

“We don’t have the structures, regulation or regulatory context in place today to support the kind of [tech] advancements,” she said.

“So, the idea that we might need to regulate some kind of contract with bots, I think the real question is where do we actually go to modernise and ensure that our regulatory frameworks and the relationships we have between employees, employers and technology are actually current and relevant for how we’re using that tech today?”