An inquiry into WorkCover is soon to commence over allegations of failing to protect their own employees. 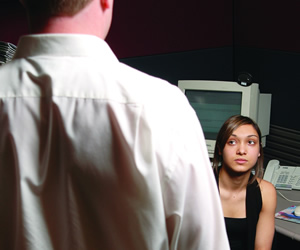 Following a finding from NSW Industrial Relations, WorkCover will be subject to a parliamentary inquiry over bullying, as reported in The Sydney Morning Herald (SMH).

A senior employee at WorkCover was found to have been “systematically bullied” out of his position. David Shoebridge, Greens MP who recommended the inquiry, told SMH that bullying and mistreatment had been a problem at WorkCover for years, with “reviews and promises” failing to remedy it.

Shoebridge described the ongoing bullying at WorkCover as unacceptable, highlighting the unfortunate irony of this occurring at an organisation that exists to protect all employees from harassment in the workplace.

WorkCover NSW is aware of the problem and eager to resolve it. “Considerable progress has been made in recent years to build a positive and constructive culture within WorkCover NSW and across all agencies within the Safety Return to Work and Support Division,” a WorkCover NSW spokesperson told HC.

“WorkCover welcomes the Parliamentary Inquiry and looks forward to working with the Committee,” they added.

The case brings to light the fact that any workplace is safe from bullying culture if not properly treated. What are you doing in your business to ensure bullying is not a problem?