What’s behind the lack of diverse female leaders? 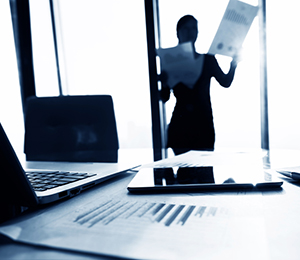 Cheri Ong is the first Asian Australian woman to become Chief Operating Officer at KPMG in the Asia Pacific.

According to Ong, encouraging culturally diverse women to succeed in the workplace involves more than just talking about the issue.

This is particularly important given only 2% of ASX directors are culturally diverse women, according to recent research by the Diversity Council Australia.

Moreover, while 88% of culturally diverse women planned to advance to a very senior role, only one in 10 strongly agreed that their leadership traits were recognised or that their opinions were valued and respected.

Ong emphasised that although prejudice does exist it can be overcome.

“People who are in the minority may find that they are ignored, but if they stay silent, they will simply be reinforcing that stereotype,” she said.

Ong added that while there are problems with institutions and systems, people also need to help themselves.

She said that the first step for women who are looking to progress to a leadership position is to “find their voice”.

And although it may not be apparent at first, a little bit of self-reflection can go a long way.

“Women need to reflect on who they are and who they want to be and once they find their voice, it’s then important that they speak up for what they believe in,” added Ong.

“This is so important in being able to quash stereotypes, because if we remain silent, we’re just perpetuating stereotypes of ourselves as a minority.”

Ong said it’s also important to actively encourage women to step out of their shell and to be heard.

“It’s about turning up and getting involved as much as possible,” she said.

“The best way to do this is to find your voice and speak about what you believe in.

“Get involved in foundations and initiatives and participating in things that might be outside your scope of work. Don’t just go to work and do your work, learn to network and see the value in it, meet new people and try new things.”

Ong also acknowledges that mentors can be helpful, but said that they differ from sponsors.

“A mentor might give feedback and guidance on strengths and weaknesses but a sponsor will take a risk on you and give the opportunity to showcase what you can really do,” she said.

“A former boss at KPMG took a chance with me and gave me the opening to showcase what I could do. It’s because of this that I was able to break the cultural ceiling in the workplace and take on a leadership position and rise up within the organisation.”

Ong added that not enough women support each other, and a lot of women forget that it isn’t a competition.

“Just because you may have had a difficult journey getting to where you are today, it doesn’t mean other women need to experience that to,” she said.

“When women come together as a collective and empower other women, it’s a powerful thing.

“Just take the Harvey Weinstein case for example, his predatory behaviour went on for far too long and it took a few brave women to find their voices and stand up to him. The collective force is what really made the difference.

“I think women need to remember that you can change things, even when you think it may be impossible, but in order to do this, we need to work together and have a collective voice.”

Ong has founded the Asian Australian Foundation (AAF) and through the AAF she has developed The Gathering Circle, an initiative that seeks to bring Asian Australian women together by promoting philanthropy and leadership.

The AAF is hosting its inaugural ‘Fashion for a Cause’ fundraising event, which will be a night of networking and fashion, with funds raised through auction to go towards an AAF nominated charity.

On October 25, the first fundraising event will be held at The Gallery on Little Lonsdale Street. Visit www.aafoundation.org.au for more information.