What does ‘bullied at work’ actually mean? 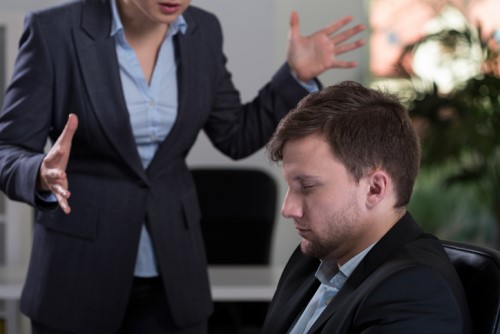 Often conduct complained about in the workplace is not actually bullying behaviour. Shane Koelmeyer, Director of Workplace Law, looks at what workplace bullying is and what it isn’t

In January 2014, amendments to the Fair Work Act 2009 (Cth) (FW Act) commenced, introducing an anti-bullying measure and conferring a new jurisdiction on the Fair Work Commission (FWC) to make orders to stop bullying at work.

This new jurisdiction has meant that employers are more focussed on carefully navigating and managing complaints from employees who make allegations of bullying in the workplace.

It has also meant more complaints of workplace bullying - often where the conduct complained about is not actually bullying behaviour.

This difficulty often arises where employees do not know or understand what the law defines as “bullying”.

What is bullying?
The anti-bullying measure found in Part 6-4B of the FW Act allows a worker who reasonably believes that he or she has been bullied at work to apply to the FWC for an order to stop the bullying.

The FW Act provides that a worker is “bullied at work” if the following two criteria are met:

Being bullied at work can be broken down into three elements – the behaviour was repeated, unreasonable and creates a risk to health and safety.

Repeated behaviour means behaviour that is persistent or it can be a range of behaviours demonstrated over time. There is no requirement for a specific number of incidents or that exactly the same behaviour need be repeated to satisfy this criterion.

The SafeWork Australia Guide for Preventing and Responding to Workplace Bullying (the Guide) uses the same definition of workplace bullying as the FW Act but goes a little further and lists examples of workplace bullying, including but not limited to abusive, insulting or offensive language or comments, aggressive and intimidating conduct, belittling or humiliating comments, victimisation, practical jokes or initiation and deliberately excluding a worker from workplace activities.

In addition to VP Hatcher’s comments in Mac, there have been a number of decisions from the FWC identifying which determined alleged behaviour was unreasonable behaviour and constituted bullying at work.

For example, in Roberts v VIEW Launceston Pty Ltd as trustee for the VIEW Launceston Unit Trust T/A View Launceston and Others [2015] FWC 6556, the employee made a number of allegations of unreasonable behaviour, largely involving the conduct of a Sales Administrator toward her.

The Explanatory Memorandum to the FW Act recognises that employers need to be able to take disciplinary action against employees and give them reasonable and lawful directions as to the performance of their work, including the allocation of work and the giving of fair and constructive feedback about performance.

Similarly, the Guide provides that examples of reasonable management action include setting realistic and achievable performance goals and taking disciplinary action where it is appropriate or justified in the circumstances.

In Ms S.B [2014] FWC 2104, the FWC expressed the view that reasonable management action carried out in a reasonable manner was ‘not so much an “exclusion” but a qualification’ and noted at paragraph 47 that it comprised three elements:

Often, low level interpersonal conflict between two employees e.g. having a difference of opinion or personality differences is mistakenly claimed to be bullying behaviour. Whilst such behaviour in isolation may not fit the criteria of “bullied at work” under the FW Act, employers should nonetheless not allow such behaviour to continue unchecked and should ensure that incidences of poor behaviour in the workplace are still addressed.

For employers, a key part of managing complaints of bullying in the workplace is educating employees, supervisors and managers about what is and what is not workplace bullying. This can be achieved by having a clear policy on the topic and then conducting regular anti-bullying training and refreshers as well as conducting training on the standards of behaviour expected from all employees in the workplace.