Opinion: The blurred line between performance management and bullying 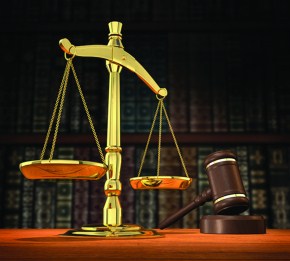 It is now over a year since the Fair Work Commission began hearing anti-bullying complaints. In that time, a number of cases have emerged that highlight employees confusing the process of performance review with bullying, which then make their way to be the subject of hearings before the Commission.

Recently, one employer, Commsec, has sought to test the boundaries of the legislation and has been granted permission to be represented by lawyers in a case that rests on the determination of whether their actions taken in performance managing the employee amounts to bullying.

And in another case, heard in June this year, an employment consultant with the Salvation Army made submissions to the Commission in an application for an order to stop bullying,that she was ‘unreasonably performance managed and micro managed.’

The number of complaints that have gone all the way to hearings in the Commission steadily increased throughout the course of 2014, starting at eight in the first quarter, 14 in the second, 16 in the third and peaking at 22 in the last quarter to December.

In all of those hearings, there were eight that involved an employee making a complaint about bullying where management was involved in a process of performance review with that employee.

Clearly, there is considerable uncertainty in the minds of those making applications about what, exactly, bullying behaviour actually is, as it appears it can be so often misunderstood as performance management. It is important to note that these statistics represent only matters that have reached the level of a hearing and that hundreds more are resolved in mediation.

It’s worth taking a closer look at some of the matters that have reached the level of a hearing where some confusion between bullying and performance review is apparent.

One matter heard by the Commission, in June of 2014, involved an employee collapsing at work who was then taken to hospital. This followed on from a change in the way his performance rating was recorded as part of his performance review and which resulted in his annual bonus payment being reduced.

The Commission heard a similar matter, also in 2014, which involved a conflict between a general manager and a manager, which developed after a change in the lines of reporting during a restructure. The relationship between the two broke down and the manager reported alleged bullying to the Fair Work Commission by the general manager that was undermining her approach to work.

While the Commission accepted that there had been significant health issues suffered as a result of the stress involved in this conflict and stated that it was understandable that a change in reporting structures can result in challenging emotional circumstances, it did not accept that the actions were repeated and unreasonable acts of bullying.

This was also the case for the matter recently heard at the Commission involving an employment consultant with the Salvation Army.

The Commission heard that the consultant, who had worked with the employer for nine years as a case manager for job seekers, became part of a renewed focus by the Salvation Army regarding the management of staff, with the introduction of a new human resources team whose goal was to turn around the organisation’s approach to staff management and efficiency.

In evidence before the Commission, the Commissioner accepted that, as a consequence of a performance management review, that the employee was ‘deeply distressed’ about comments that described aspects of her work performance as not meeting the values of the organisation.

And, while the Commissioner found that the consultant was a ‘genuine individual with a strong commitment to the values and objectives of the organisation’, he suggested that it was not surprising that she was having trouble adjusting to a renewed focus by the organisation on efficiency when she had been part of a culture for such a long time where the management was previously, as the Commissioner described it,‘moribund’.

The matter involving the Commonwealth Bank, however, is yet to be determined, but it is important in so far as it was an attempt by an employer to use the response or defence of “reasonable management action” at a preliminary stage seeking to strike out the complaint prior to hearing. The Commission stated that:

“The Applicant has made a proper application in that he reasonably believes he has been bullied at work.Whether he has, in fact, been bullied is a matter for determination. The provisions…..are not a jurisdictional bar to the matter going to hearing, but rather a clarification of what falls outside the scope of being bullied at work in that determination. It does not operate to limit the Applicant’s belief.”

About the author
Walter MacCallum is a Director at Aitken Lawyers.