Obesity as a disease – what could this mean for HR in Australia?

Earlier this year, obesity was classed as a disease in the US. If the same was to happen here, what are the potential legal ramifications for HR and employers? 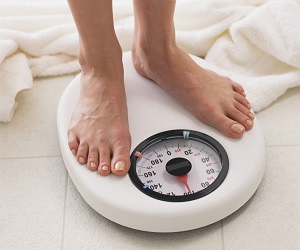 Earlier this year, the American Medical Association (AMA) classified obesity as a disease, stating this as an attempt to change how the medical community approached the complex issue.

This suggested that obese Americans may be more likely to become recognised as having a disability, and in the workplace would therefore obtain certain rights in regards to termination and accommodations (unlawful discrimination on the basis of obesity, for instance).According to Monash University, over five million Australians are currently obese, with the percentage set to reach close to 80% of adults by 2025 if current weight gain levels continue. As such, a similar classification being made here could affect Australian workplaces.

However, Pattie Walsh, head of employment at DLA Piper, told HC the change may not be all that impactful. “Employers always have to comply with the anti-discrimination obligations and the most obvious one in this space would be disability discrimination,” Walsh stated.

Currently, Australian law classifies a disability as physical, intellectual, psychiatric, learning or emotional disorders, as well as “disease-causing conditions” such as HIV. Despite this, employers are still able to hire or terminate employees on the basis of whether they meet the inherent requirements of a particular role.

Walsh citied a case where a woman was offered a job, pending a medical evaluation. It was found her knee injury – which she incurred due to her obesity – meant she was unable to fulfil the requirements of the role, and her offer was rescinded.

It was found that the woman was not discriminated against, and Walsh explained that such a decision would most likely not be effected by obesity becoming classed as a disease. “If an employer just doesn’t hire someone because they’re overweight that isn’t going to get you off on inherent requirements, but if the manifestation of that is such that they can’t do the role, then that would justify potentially deciding not to hire someone.”

With  health complications arising from obesity - such as a heart-disease or diabetes – currently being protected as non-valid reasons for termination, classifying obesity itself as a disease would not cause a significant impact. Walsh feels that, in effect, not much would change – an employer terminating an employee on the grounds of obesity would fall under the same legal processes as terminating one due to a disability that has arisen from their weight currently.

However, employers who seek to terminate or refuse to hire an employee simply because of their weight would no longer be able to. “Arbitrarily terminating someone who is obese - and it is having no impact on their role - would obviously cause all sorts of issues,” Walsh said.

This would be similar to what Victorian employers are already familiar with, where it is unlawful to terminate or refuse to hire someone based on their physical appearance – which includes weight. This protection does not currently exist in other Australian states.

Do you feel obesity should be classed as a disease? If it was, could you see it having a meaningful impact on your workplace?