A court has imposed a hefty penalty against an HR manager, dismissing her argument that she was following her boss’s orders 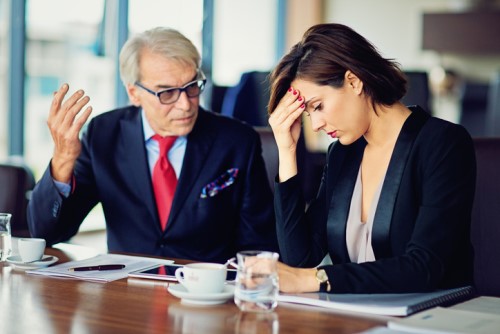 An HR manager is one of three people who have been found to be systematically exploiting employees at a Chinese restaurant in NSW and fabricating records to try to cover their tracks.

Justice Bromwich also imposed an $18,496 penalty against the restaurant manager Jin Xu for her involvement.

Moreover, he imposed a $21,760 penalty against the restaurant’s HR manager Ting “Sarah” Zhu, and dismissed her argument that her culpability was greatly reduced because she was following her boss’s orders.

The Fair Work inspectors found that many employees were paid only $10 an hour. The workers were mainly visa holders from Asia.

Most workers were entitled to be paid more than $20 an hour for ordinary hours and between $24 and $45 an hour for weekend, public holiday and overtime work, under the Restaurant Industry Award at the time. One employee was underpaid more than $33,000.

NSH North provided fabricated records to inspectors that claimed staff had been paid correctly when the Fair Work Ombudsman (FWO) began its investigation.

It was only later that the company provided the correct employment records, when the issue was raised by the Fair Work Inspector and a further Notice to Produce was issued.

Justice Bromwich found that the contraventions involved “serious and premeditated conduct” and “encompassed a widespread, systematic and prolonged failure to accord employees their basic entitlements”.

Chen, Xu, Zhu and NSH North all admitted in Court that they were involved in deliberately underpaying the workers and fabricating records.

However, Zhu submitted that her culpability was reduced because she was at all times acting under the direction of Chen.

Zhu was being sponsored by a related company, NSH Restaurants Pty Ltd, on a 457 skilled worker visa and was being paid an annual salary of $100,000 when the underpayments were occurring.

Justice Bromwich found Zhu had “acted in her own interests” in choosing to be a knowing participant in the underpayments and took an active role in the creation of false records.

“There is nothing wrong with sending the message that an employee should indeed resign if that is the only alternative to continuing to participate knowingly in illegal activity, ideally coupled with reporting the conduct, in a case such as this, to the FWO,” said Justice Bromwich.

Zhu argued in Court that her position as a 457 visa holder with familial and cultural pressures of loyalty to Chen made her vulnerable and should be a mitigating factor.

“In no sense was Ms Sarah Zhu a victim of the conduct. If this aspect of Ms Sarah Zhu’s circumstances is really mitigation at all, it cannot be given much weight,” Justice Bromwich said.

“That is so both as a matter of public policy in requiring individuals to put compliance with the law ahead of their personal interests, and having regard to Ms Sarah Zhu’s knowledge that the law was being disobeyed for the entire period of over 16 months.

“Moreover, she took an active role in the attempt to thwart the FWO investigation.”

Acting Fair Work Ombudsman Kristen Hannah said the outcome of the matter sends a clear message that the FWO is committed to using accessorial liability laws to hold individuals involved in exploiting vulnerable workers to account.

“Rogue business owners and managers who think they can run operations based on exploitation of vulnerable workers and then try to hide behind corporate structures or flimsy excuses are playing with fire,” said Hannah.

“We are committed to actively seeking them out, dismantling their unlawful business models, making sure the public are aware of the actions and ensuring they are penalised for their conduct. Business models based on exploitation of employees to gain an unfair commercial advantage are unacceptable.

“Where we find blatant exploitative conduct, we will do everything within our power to ensure that all accessories to that conduct are held to account.

“This includes taking action against not only business owners and directors – but also any HR practitioners, accountants, industrial relations specialists and any other professionals involved in knowingly facilitating exploitation of employees.

“HR managers and other specialists must explain the requirements to their clients, make it clear when they are in danger of breaking them and not become involved in breaches of the law themselves.”

NSH North has rectified more than $450,000 of the underpayments and is attempting to locate the employees yet to be back-paid.

If any employees cannot be located, the company will pay the amounts owing to the Commonwealth to be held in trust for the employees.