In its first industrial relations shakeup of the new term, the government has unveiled three pieces of workplace relations legislation 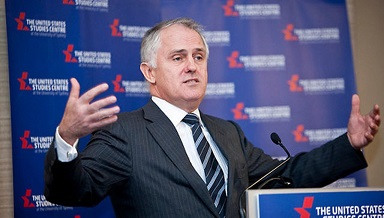 Made in parliament in the second day of the new term, the three bills include the:

“These Bills will deliver a more productive and lawful building industry; will safeguard Victorian Country Fire Authority (CFA) volunteers from a hostile union takeover; and ensure registered organisations are transparent and accountable to their members,” the office of Senator Michaelia Cash said in a statement.

Of most relevance to HR professionals across the country is the establishment of an independent Registered Organisations Commission. If this legislation is successfully passed, the government hopes it will provide greater transparency and improved governance.

“The Registered Organisations Commission will impose strong obligations on employer organisations and unions, with strong penalties for anyone found to be engaged in wrongdoing,” the office of Senator Michaelia Cash said.

With the Royal Commission into Trade Union Governance and Corruption identifying gaps in current legislation, stronger laws were needed to stamp out unethical and questionable practices and ensure everyone is held accountable, the government said.

With the reintroduction of the ABCC – the primary factor behind the recent double dissolution election – the government aims to make the building and construction sector safer by imposing meaningful penalties for unlawful behaviour.

Finally, with the government seeing the CFA dispute as a “hostile takeover by the United Firefighters Union,” it also plans to amend the Fair Work Act to support volunteer emergency services bodies.