Can you force employees to wear certain clothing? 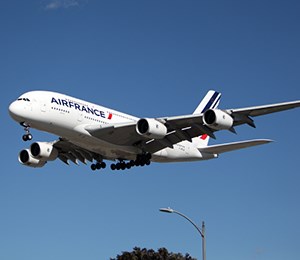 Ear
lier this month, Air France’s head of HR responded to uproar from female flight attendants who refused to don headscarfs on the airline’s Paris – Tehran route by presenting staff with an opt-out clause.

Any flight attendantswho didn’t wish to comply with the airline’s request to wear trousers and a headscarf on the flight to Iran would be reassigned to another flight, the French airline said.

Australian employers should take note of how Air France handled this issue and be mindful that discrimination claims could arise if they request their staff to wear certain clothing, says lawyer Bianca Mazzarella from McDonald Murholme.

“A staff member can refuse to wear an item of clothing if the direction is not reasonable and it is discriminatory,” Mazzarella told HC Online.

Any request from an employer must be deemed reasonable and lawful in order to protect the employer from unwanted legal action, such as an unfair dismissal, adverse action or discrimination claim, she says.

“Employers should make sure that all directions are lawful, reasonable and do not discriminate on any basis,” Mazzarella says.

“They should take care to accommodate employees who refuse to do so on the basis of their own religious/political beliefs.  This will prevent any future claim against the employer,” she says.

HR professionals can implement clear policies in relation to dress codes and ensure all employees are aware of and agree to the terms of the policy, Mazzarella says.

“It is widely accepted that there is nothing to prevent employers from setting uniform standards and require their employees to comply, provided that the direction is reasonable and does not discriminate against employees,” she says.

And if the employee refuses to wear the item of clothing, employers may then take steps to terminate their employment, usually by way of the employer issuing warnings and requesting meetings in relation to same.

“If there is a reasonable and lawful direction from an employer for their employee to wear head scarfs and the employee refuses to do so, they may take disciplinary action including termination against the employee,” Mazzarella says.

“If the employee feels that such a termination was unjust, unfair or unreasonable they may exercise their work place rights under the Fair Work Act 2009 and lodge an unfair dismissal application with the Fair Work Commission,” she says.