Flexible working arrangements key to managing IBD in the workplace

Allowing your employees to work from home on a "bad day" will help them pursue their professional career while juggling with a debilitating chronic disease. 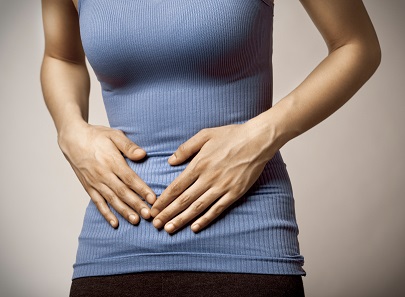 Trying to juggle a professional life while living with the effects of a debilitating condition is a huge struggle faced by an overwhelming number of Australian employees – and their employers.

Australia’s top killer, chronic disease affects around 50% of all Australians, with one in five people affected by multiple chronic illness, according to data from the Australian Institute of Health and Welfare.

Stacey Mount, Senior Account Manager at Hallmark Cards, lives with the debilitating condition Inflammatory Bowel Disease, and says while her life has been dramatically impacted because of her condition, having a supportive employer can make a lot of difference to inflammatory bowel disease (IBD) sufferers.

“It seemed that whenever there was a big event 'A party, wedding, Xmas day' I would be bed bound in agony.

“This continued for years until I moved from the UK to Australia and living a normal life became a constant struggle.

“I didn't understand what was happening. This was until Feb 2013 when I was told to go straight to hospital as I was diagnosed with Crohn's disease.

She says her employer, Hallmark Cards, was very supportive throughout her diagnosis and subsequent operation.

“I had only been with the company 2 months when I was diagnosed and they supported me at every hurdle,” Mount says.

“This was amazing because the stress of starting a new job and the constant worry of what they thought to begin with made me worse.

“But my manager had known someone with IBD and totally understood what I was going through.”

“I was very lucky my employers were very understanding but I know this isn't always the case,” she says.
“If you prove you work hard when you are well, then a company should support you when you aren't at your best.”

While many chronic illnesses are associated with the aging population, IBD usually occurs in teenagers or young adults, thereby affecting them in the prime of their personal and professional lives.

Australia has one of the highest rates of IBD in the world, with data showing some 360.5 people per 100,000 are affected by the disorder, characterized debilitating and embarrassing symptoms like the urgent need for a bathroom, loose bloody bowel motions and severe abdominal pain.

These difficult symptoms ensure that Crohn’s and colitis largely remains undiscussed and unnoticed in the workplace and community.

Misconceptions and lack of education and understanding about IBD can make employment a lot harder for those living with the condition, Mount says, as it is often confused with Irritable Bowel Syndrome, a less serious condition with similar symptoms.

“The biggest misconception is that employees/managers think IBD is the same as IBS, but it isn't IBD is far worse,” Mount says

“They have no understanding what is happening to your body. It is the hidden disease,” she says.

“I have spoken out at Hallmarks head office about my illness and my story as part of our 'live well, work well' program.”

Mount says this was an excellent opportunity to create awareness about the condition.

“The company are very open about anyone discussing their issues and are always very supportive. I even received an email from the MD asking if there was anything the company could do,” she says.

She advises fellow professionals with IBD to be open with their colleagues and share their condition so people understand what is going on with them.

“It would be that it's better to be up front and honest about your condition then you don't have to feel embarrassed if you need to rush to the rest rooms during an important meeting,” Mount says.

“People totally understand and move on,” she says.

“I have found that more people are aware of Crohn's disease as more people are diagnosed with the condition. This makes it easier because you don't have to describe what it is or what is happening to your body.”

However, she says more HR departments should implement better policies and strategies to ensure employees are able to access healthy and flexible working conditions.

“If you treat your staff well they want to work harder,” Mount says.

She says her former employer had great flexible working arrangements which allowed her the option of working from home or from the office.

“If I have a bad day and I need to stay at home my company have had no issue with that,” Mount says.

“It makes it stress free and I know I can still get my work completed.”

“The more stress you put on yourself the more chance of a flare up, so it's worth every employer knowing that,” Mount says.

HR professionals can find more information about IBD on the ownyourIBD website: http://ownyouribd.com.au/the-road-to-ownership