Pay equity progress is underway - but it's nowhere near fast enough 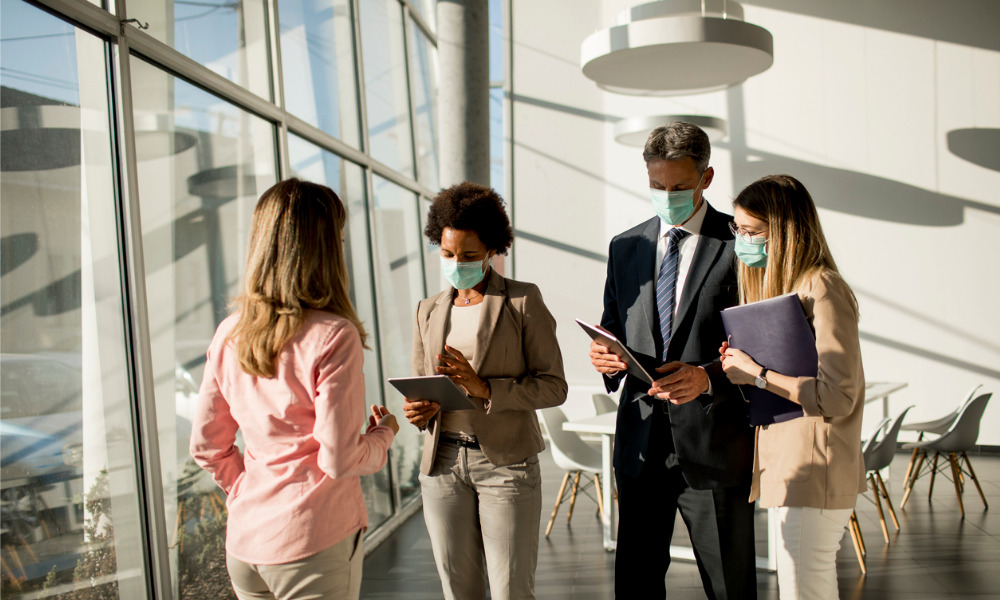 The director of the Workplace Gender Equality Agency has cautioned business leaders against becoming complacent about advancing DEI in the workplace, saying this year’s rise in Australia’s gender pay gap is a “warning sign”.

Speaking to HRD, Mary Wooldridge, former Liberal Party MP and state Minister for Women’s Affairs, said the push for pay equity is facing a critical moment in time. But while COVID-19 has contributed to the gap increase, it has also presented businesses with a golden opportunity to make progress.

“Because we have been forced to work flexibly, businesses had to have the technology solutions to be able to support flexible work,” she said.

“Flexible work is one of the key areas that has been highly feminized and has been a limiting factor in terms of women making choices about their careers and coming back to work.

“If we can now take the opportunity that COVID has presented to normalise flexible work for both men and women, then that is a significant opportunity to move forward on the equality front.”

This year, the WGEA’s analysis of ABS data found the gender gap had risen to 14.2%, equating to women earning an average of $13,000 less than men per year. Western Australia has the highest gender gap of any state or territory at 21.9% and South Australia has the lowest at just 7%. The ABS pointed to the rise in wages in the male-dominated construction industry as part of the reason for the gender gap increase.

With New South Wales on a path to reopening, and Victoria not far behind, Wooldridge said now is the time for HR and business leaders to think about how they can embed flexible working into their long-term vision for employees. But that means taking a flexible work lens to every aspect of the employee experience, from how staff are onboarded to how they are managed and their performance is reviewed, as well as mitigating the potential impact on DEI.

Wooldridge said it’s just as important to normalise men working flexibly as it is to remove the barriers for women – otherwise there is the potential for two classes of employees to emerge.

“It's really important that the cultural shift is made to normalise flexible work for men and women so it doesn’t become just men going back to the office and more women working flexibly. Part of that culture shift is ensuring men feel confident that they can work flexibly, as well as women, and communicating how any barriers and hurdles will be solved,” she said.

Similarly, HR leaders should think about how they’re encouraging the take-up of parental leave among men and creating a culture where they feel comfortable taking leave. Mechanisms like role modelling by male senior leaders, storytelling or peer networks can help to bring their role as dads into the workplace.

As Wooldridge explained, one male CEO described it as “leaving loudly” when he is working flexibly and goes to pick up his kids at 3pm – quite the contrast to many women who feel they have to hide their childcaring responsibilities.

“This role modelling, particularly from senior executives, is about demonstrating that working flexibly is what we do, it’s totally acceptable and part of the way we work. Or it might be saying ‘I won't be in the office on Thursday because that's my day that I work from home’. Those sorts of examples are role modelling at a senior level which is fundamental in shifting the culture,” she said.

Read more: Ending Australia’s gender pay gap: How to get buy-in from your CEO

While it’s concerning to see the gender gap increase, Wooldridge said the current talent shortage in Australia has provided an opportunity to push DEI to the top of the priority list. A proven commitment to being a diverse and inclusive employer can be a differentiator in the talent market, especially among Millennials and Gen Z employees who tend to consider more than just salary when choosing their next career move. It’s in this vein of thinking that HR leaders can communicate DEI as a commercial driver – rather than simply a “good thing to do”.

“It's a good economic decision. Companies with a more balanced workforce and better gender equality actually have better profitability and productivity, and even performance on the stock exchange,” Wooldridge said. “So there is a causal relationship between being effective on gender equality and the performance of an organisation which has the potential to motivate business leaders.”

There are signs progress on gender equality is underway but Wooldridge said the rate of change is nowhere near fast enough. According to the WGEA’s data, it will take 26 years to close the gender pay gap if the current pace of change is maintained. While this year, every ASX-200 company had a woman on the board for the first time, one woman isn’t enough to create the pace of change Australia needs. That’s why HR leaders play a crucial role in taking the discussions around gender equality and sexual harassment that have become mainstream, and elevating the issue to the responsibility of the C-suite.

Wooldridge explained: “What we need to do is translate those conversations through HR managers to the senior executives and boards to say gender equality is part of our business strategy and a fundamental element we need to be investing in. We need to have a plan about how we're going to achieve it and put it into place.”

HRD is examining Australia’s gender pay gap in this feature series. Is your organisation or HR leader working to close the gap? Get in touch by email – [email protected]