This former Yahoo VP reveals the key to survival in HR 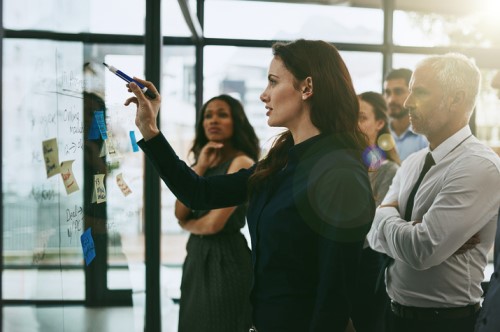 Executives like to talk about marketplace competition as “survival of the fittest,” by which they tend to mean that only the strong or the fast survive. But survival in nature and in the marketplace isn’t about strength or speed, necessarily, but rather about adaptability — the capacity to thrive in a specific environment. And these days, the business environment in which we find ourselves competing is characterised by diversity — of race, gender, ability, age and sexual orientation to name a few.

The United States is becoming more diverse each year. For example, according to the U.S. Census Bureau, nearly 1 in 5 Americans has a disability. Further, about 23.4% of Americans are non-white and 50.8% are women and 18.1% are Hispanic. According to some census models, it’s possible that whites will become a minority sometime in the early 2040s.

All of this is to say that the marketplace is heterogeneous, which means that companies best positioned to adapt and survive will also be heterogeneous. We see ample evidence that in our current environment, companies with diverse teams perform better, are more productive and more innovative and, in turn, provide a greater return on investment for their employers. Correspondingly — companies that are homogenous are falling behind or failing.

Take the example of GoDaddy. At one time, the company was better known for its ads featuring scantily clad women than it was for its web-hosting services. When Blake Irving left Yahoo to become GoDaddy’s CEO, however, he brought with him not only a determination to change the culture of the company, but several high-powered female executives as well.

Putting an end to bikini marketing was only the first step. Irving also started new programs to diversify GoDaddy’s hiring – which resulted in moving from 14% female new grad hires in 2014 to 39% in 2017. Irving also made promoting women a priority — resulting in a 30% increase in female promotions since 2016. Today, GoDaddy’s stock is at record highs — gaining 52.5% compared with the industry's growth of 22% on a year-to-date basis.

Part of the reason for this success is rooted in something that should be obvious — that alienating 50% of the potential pool of buyers for a product doesn’t make good business sense. However, homogenous business cultures often don’t see those opportunities. Those that intentionally include a diversity of voices around the table, however, are better able to think about diversity strategically and organically.

That said, simply having a strategy for diversity and inclusion may not be enough. A new report by MaRS in Toronto looks at the tech sector in one of North America’s most diverse cities and concludes that, while companies have done a good job of hiring diverse talent, those employees don’t always see opportunity within those companies. Many of the workers surveyed report barriers that prevent them from feeling fully included in their workplaces, either for reasons of gender, race, disability, sexual orientation or age. Those who don’t feel included in a company, the report says, are not as productive and are less likely to stay at their jobs.

One solution to the lack of inclusion may lie in better training opportunities. Employees who feel as though they are being denied on-the-job learning and mentoring may equate that — rightly so — with an unwillingness by the company to invest in their success. On the other hand, if employees can see a path to promotion, they may be more inclined to stay and add value to the company.

Another solution to a lack of inclusion to simply go all-in on diversity. When Irving added women to his teams, for example, he didn’t simply hire one woman to a team of ten men. He realized that tokenism would simply create a team of nine men and one outlier rather than a balanced and more equitable diversity of viewpoints. Instead, he hired new teams — equally divided between men and women — and set them up in competition with the homogenous teams. The result — not surprisingly — was that the diverse teams out-performed the homogenous teams which, again, has contributed to the company’s success.

The tech industry is full of companies that didn’t see the next big innovation coming. The landscape is littered with the likes of Kodak, Palm Pilot, Blackberry and so many others who — while leaders in one age of innovation — were unable to adapt to the next. Would a more diverse leadership team have helped stave off extinction? Maybe. One thing is certain, though — while it’s true that only the fittest survive — these days, fitness and diversity are one and the same thing.

By: Cheryl Ainoa – COO for D2L and former SVP at Yahoo