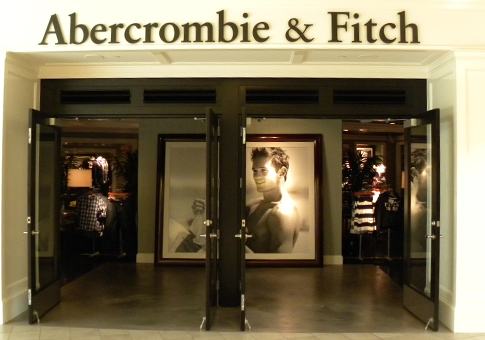 American retailer Abercrombie & Fitch is facing another lawsuit over its notorious look policy, this time from a transgender former employee who claims that the company forced him to wear women’s clothing and fired him when he refused to do so.

Maha Shalaby, who has lodged a federal lawsuit for US$35m (AU$47m) against his former employer, claims he was ‘badgered’ to wear Abercrombie & Fitch’s women’s uniform despite identifying as a male, the New York Post reported.

Shalaby, who worked at the brand’s flagship Fifth Avenue store in Manhattan, New York, says that he had been approved to wear the men’s uniform when he was hired, but was later told that under the company’s ‘look policy’ he would have to wear the women’s uniform.

A ruling in February by the US federal Equal Employment Opportunity Commission over the dispute found that Shalaby was subjected to sexual discrimination, which paved the way for his lawsuit, the New York Post reported.

The lawsuit alleges that a store manager told Shalaby he could “only wear a girls’ uniform because that’s what customers want to see.”

The company then allegedly offered Shalaby a night position in which he could wear a male uniform but not be seen by customers, before firing him in 2012, according to the lawsuit.

Abercrombie & Fitch, which has thousands of stores worldwide and has two offshoot brands – Abercrombie Kids and Hollister Co – has been in trouble for its look policy before.

Last year the US Supreme Court ruled against the retailer in a case which centered on the company’s decision not to hire an applicant for a job – because her headscarf, worn for religious reasons, violated the stores’ look policy.

The company has since overhauled its ‘look policy’ and stopped referring to its store associates as ‘models’.