Experts say $1.7 bn childcare stimulus is a drop in the ocean 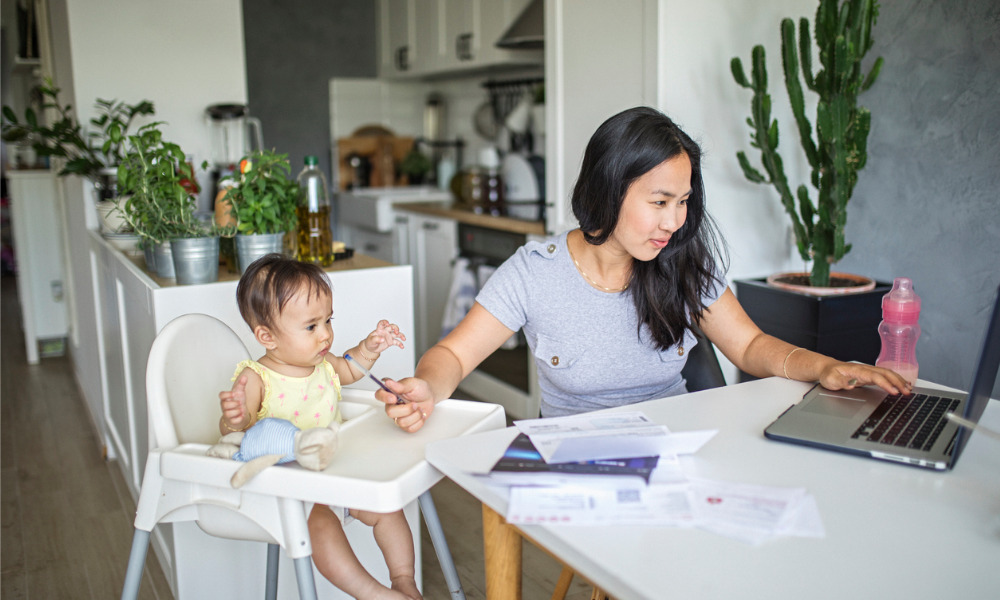 Experts say the 2021 Federal Budget has failed to invest in the structural reform needed to tackle Australia’s gender inequality in the labour market.

Pressure had been mounting on Scott Morrison to address the barriers preventing women from returning to full-time work by increasing the support for childcare and taking bold steps towards equal paid parental leave. While the $1.7 billion investment in childcare over the next three years has been welcomed, campaigners say it’s a drop in the ocean and fails to make long-term change.

The policy measures announced last night include removing the $10,560 subsidy cap for parents with a combined income of over $189,390, and increasing the subsidy to 95% for families with more than one child in care at the same time. However, the subsidy does not apply to families who use out of hours care and it won’t come into effect until July, 2022, meaning even for parents who do benefit, they face a long wait to feel the effects on their wallet.

Morrison had also been criticised for ploughing funding into typically male-dominated industries in last year’s budget. As a response to that – and the damning Royal Commission into Australia’s agedcare industry – the government has pledged $17.7 billion to reform the sector, including upskilling thousands of workers and creating new jobs.

HRD spoke to Elizabeth Hill, associate professor at the University of Sydney, whose work focuses on how economic institutions shape women’s paid work and the care workforce. Reacting to last night’s budget, she said while it includes worthwhile initiatives to fuel the economy, it lacks the ability to deliver robust structural reform around gender inequality.

“The commitment to spend and not move to austerity is absolutely welcome and good economics. The additional investment in social infrastructure like aged care, disability and childcare services is positive,” she said.

“But the structural reform that's required in those sectors to deliver women an opportunity for long-term economic security and set them on an equal footing with men in the labour market is missing.

“Gender equality measures such as an extension and redesign of the national paid parental leave system to help support fathers and mothers to care for new babies, and a bolder move towards universal access to low or free early childhood education and care – those things are missing.”

By limiting the 95% subsidy to only families who have more than one child in care, it significantly reduces the amount who will qualify. Modelling by KMPG and Business Council Australia found that increasing the childcare subsidy to 95% for all children would boost the economy by up to $7.4 billion a year, at a cost of $5.4 billion. The Grattan Institute has also urged the government to increase the subsidy, as well as flatten the taper and remove the annual cap.

So given the rallying call for universal access to affordable childcare, why has the government failed to go big? Hill said Treasurer Josh Frydenberg has taken a “highly targeted approach” to childcare, given the sheer breadth of spending overall.

“My hunch is they've looked at where some of the real pinch points are that are going to provide meaningful but small change,” she said. “For a treasurer who is trying to indicate some support for women's labour force participation but has got an eye to not moving towards the universal scheme, it's highly targeted and carefully thought through. However, it's not going to deliver the kind of wholesale change that's required in the sector.”

That sentiment is echoed by campaigners who say Morrison’s government had an opportunity to show real commitment towards women in the workforce.

Georgie Dent, executive director at The Parenthood, has been one of the most vocal voices calling for childcare reform. Writing on Twitter, she said: “The fact it's marginally better than the last one doesn't make it a budget for women. Women around Oz didn't march for marginal progress. Women marched for justice for all women. This isn't that.”

As part of the women’s budget, a total of $3.4 billion has been invested across areas such as domestic violence prevention and support, childcare, and women’s health. The funding targeted at the agedcare sector also aims to boost jobs in a traditionally female-dominated industry.

But as Hill pointed out, the budget failed to address one of the key driving factors for encouraging more people into the agedcare industry – wages. The Government has promised to inject billions of dollars into training programs and job creation in the sector, but little has been done to address salaries.

“There needs to be a lot more done in the care economy workforce by making it an attractive place to work, and that's primarily linked to wages,” she said.

“When you interview workers in these sectors, many of them say how much they enjoy it, but they can't stay there because the wages are so low, so there is a real problem with retaining staff.

“Also there is an issue with the changing conditions of work, particularly through the way the NDIS works and also parts of homecare, which means that the conditions of work are really deteriorating and becoming very insecure.”