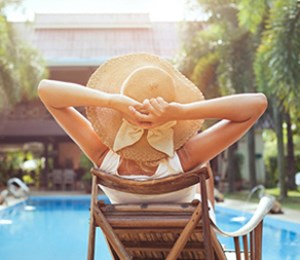 “It’s an industry where typically people work pretty hard and the hours can be long,” she told HC. “It felt that we weren’t putting a cap on hours so it wasn’t really fair to put a cap on leave.”

The company branded this as ‘rebalance leave’ which permitted staff to take as much leave as they needed after intense work periods.

When considering this policy, one of the key issues was how it would work legally, Imber said.

“It was really just checking with our employment lawyer on what is required by law when it comes to annual leave. You need to provide four weeks of annual leave at a minimum and you also need to track leave days.”

While initially Imber was reluctant want to track leave – “If you’re being tracked, you suddenly feel more conscious of things” – the requirement was actually beneficial since it allowed the firm to measure how much leave staff were taking.

One of the biggest issues other firms had when it came to unlimited annual leave was that it actually led to less leave being taken, she said. However, Australia’s legal regulations around annual leave solved this issue.

“There still is that fundamental four weeks of annual leave. It’s just that when you’ve used up your annual leave, you just tip over into rebalance leave which is unlimited.”

This helps alleviate the guilt staff may feel for taking too much leave, she said.

If an employee doesn’t use up their four weeks of annual leave, they will be paid out the excess at the end of the year. However, Inventium still encourages staff to take at least four weeks off per year, Imber said.

“It’s not good for your health if you’re just banking up all of your annual leave. Because it’s unlimited, it’s not like you need to save your annual leave now to take a really big holiday.”

A quarter of the company’s staff have already taken rebalance leave since it was introduced in June.

“It’s been used with the exact intent behind it,” Imber added. “People are keeping an eye out for each other. They’re making sure we all utilise it in the way it was meant to be utilised as opposed to just pushing on with work when you’re exhausted.”

One of the biggest issues that firms face when considering this type of policy is whether staff can be trusted enough not to abuse the system. Inventium’s high levels of trust – crucial for the success of this policy – stemmed all the way from recruitment, Imber said.

“We obsess over recruitment. For us bringing in the right people with is one of the most important decisions we make.

“There are about nine or 10 stages to a typical recruitment process regardless of whether you’re a more senior consultant or you’re working largely on administrative duties.”

Instead of relying on a single interview, Inventium gathers a number of different data points before making a decision.

“I think that really lends itself to having incredibly talented, motivated and amazing staff that we can trust,” Imber said.