The incident has valuable workplace safety lessons for all employers 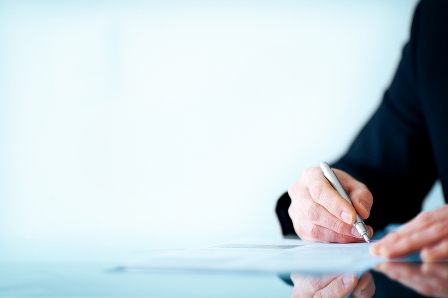 An incident in Western Australia has highlighted that employers should react swiftly to safety concerns even if they have a good track record.

Cooperative Bulk Handling Ltd (CBH) has been fined $37,500 over insufficient guarding on machinery that resulted in an employee losing a finger.

The grain cooperative pleaded guilty to failing to provide and maintain a safe work environment and causing serious harm to the employee.

CBH was fined in the Southern Cross Magistrates Court and ordered to pay $3577 in costs.

A spokesperson for CBH said the company was committed to the safety of its employees, but acknowledged failure in this circumstance.

"We deeply regret the incident and that one of our employees was harmed," said the spokesperson.

In February 2014, a worker was helping to move a stacker/loader which was connected to a tripper in the town of Bodallin. She was acting as “spotter” on the right hand side of the operator.

Once the electrical cable had reached its full length, the worker unplugged it and handed it to another worker to plug into the following socket.

When the operator gave the “all clear” and re-started the stacker/loader the worker was watching the cord and had her hand on the safety mesh/guard.

The hand was badly injured, resulting in three surgeries, the final of which was to amputate her little finger. Moreover, she was also left with no feeling in her ring finger which made it challenging to grip objects.

In December 2014, CBH implemented a new design of tripper wheel guard to all its 197 sites across the State.

Magistrate Young held that engineering controls were the best method of ensuring safety and noted that the obligation to ensure safety by protecting against human error and fatigue was with the company.

CBH was aware that there was a safety issue with the guards and that they needed to be replaced.

However, the fact that they were not replaced in a timely manner was a serious breach of their obligation to provide a safe place to work.

The Magistrate agreed that CBH spent a lot of money across WA to prevent further injury, that the company had a good safety record and that it was a good corporate citizen.

Simon Ridge, DMIRS Acting Deputy Director General Safety, said that it is always disappointing to see these types of injuries.

“Guarding of the dangerous moving parts of machinery is such a basic and easy precaution to take, and employers need to take a good hard look at the guarding situation and stop exposing employees to the risk of injury,” said Ridge.

“Subsequent to this incident, the employer installed new guards on all their tripper wheels.

“But if this had been done earlier, this incident would not have occurred and the employee involved would have been spared a great deal of suffering.”

Ridge added that CBH was aware of the problem with the old guards, but did not take action to fix the situation until months after the accident.

“This case should serve as a reminder to all employers of the importance of guarding the moving parts of machinery as part of fulfilling their obligation to provide and maintain a safe work environment for employees.”