Is it time to get tough on change fatigue?

We’re in an age of near-constant change and employers may not have room for those who are slow to adapt, says one industry head 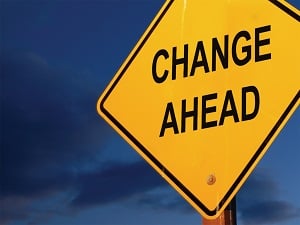 In an age when change comes faster and more frequent than ever before, can employers really afford to invest in those who are slow to adapt? That’s the question one HR head is asking as she says corporate attitudes may be about to change.

“I think there is a message that needs to go to staff that change is a normal part of business,” says Diane Edwards, general manager of people, systems and technology at the Ports of Auckland.

“A lot of the old change models are always talking about how you go through change, there’ll be a period of disruption then you’ll come out the other side and things will stabilise and go back to normal – we need to recognise that that world doesn’t exist anymore,” she continued.

“Now, before you finish one change, the next change is going to come along so you actually need to prepare people for the fact that change is a normal part of life, it’s not an abnormal thing that’s bolted on to life, it is part of life,” she told HC.

Edwards, who’s been with the Ports of Auckland since 2012, says some employers may be guilty of sugar-coating the situation to make it easier for employees to handle.

“Too often we try and kid people – just get through the change and we can get back to normal,” she told HRM. “Instead, we need to start using language – about how adaptation and change and adjusting to different ways of working are just a normal part of everyday life now.”

While some employees can be trained to become more agile, there’ll always be workers who are reluctant to change – so how will they fit into the flux of today’s modern workplace?

“I don’t think it necessarily means there are no jobs for people who are change resistant but I think you want to load your organisation with people who are comfortable with the fact that things next week may not look like what they do now,” says Edwards.

“Organisations need to start recruiting for change agility as one of their key competencies because if you’re the kind of organisation that is always going through change – and that is quite a few of them these days – then you want to be recruiting people who have a natural inclination to adapt as their organisation adapts.”