Could you give up a $100m-a-year job to catch up on missed soccer games and daily school runs. One CEO did just that... 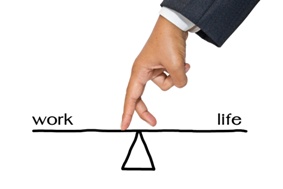 Work-life imbalance is one of our greatest collective challenges, according to California-based executive Mohamed El-Erian, who put his money where his mouth is by quitting his $100million-a-year job to break free from his gruelling work schedule.

Formerly the CEO of $2 trillion investment fund PIMCO, El-Erian has revealed the reason behind his shock departure in January: a “wake-up” call in the form a letter from his daughter, which listed soccer matches, school parades, and a host of other events he had missed over the years.

“I felt awful and got defensive: I had a good excuse for each missed event! Travel, important meetings, an urgent phone call, sudden to-dos. But it dawned on me that I was missing an infinitely more important point,” El-Erian told Worth.

“As much as I could rationalise it – as I had rationalised it – my work-life balance had gotten way out of whack, and the imbalance was hurting my very special relationship with my daughter. I was not making nearly enough time for her.”

Getting as little as four-hours sleep per night, El-Erian said he was experiencing “what many, if not the majority of working parents experience: work-life imbalance”.

“It is one of our greatest challenges. It’s particularly tough on the more vulnerable members of our population, including single parents and lower-income families. And, inevitably, children,” he said.

Leaving his job at PIMCO has allowed El-Erian to take on a portfolio of part-time jobs that require less travel “and offer a ton more flexibility”.

“I’m the first to recognise that I’m incredibly fortunate to be able to structure my life in this way,” he added.

“Unfortunately, not everyone has this luxury. But, hopefully, as companies give more attention to the importance of work-life balance, more and more people will be in a better position to decide and act more holistically on what’s important to them.”