Why recreational activities should be encouraged at work 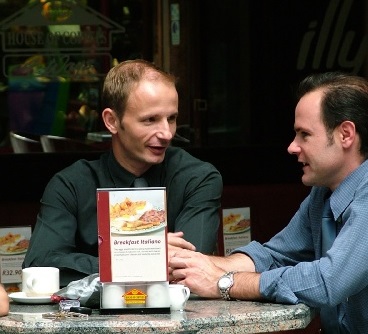 Socialising, grabbing a coffee and playing video games are not activities which are typically encouraged in the “traditional workplace”.

However, considering 65% of Australians spend more than 40 hours at work, some employers believe it’s important to provide downtime and ways for their staff to alleviate stress.

There are many strategic reasons why recreational activities works for business, according to Angela Ferguson, MD of Futurespace.

These include creating a “family” bond where employees feel supported by each other and making the office a place where workers are keen to spend their time.

In particular, Ferguson said it’s very important for employees to bring their ‘whole selves’ to the workplace.  Consequently, there is broader diversity and employees are able to contribute more, which leads to better outcomes.

Ferguson added that a culture of autonomy is another factor contributing to better performance.

“Then you have got a workplace where people can make their own decisions about how they structure their working day.”

A further way to engage employees is to encourage social spaces both inside and outside the office.

Feruguson’s research has also found that if employees eat lunch together on a regular basis they are much more likely to be engaged. And if they are more engaged then they are more productive.

“It’s only about 40% of people who are eating lunch with their fellow employees one or two days a week,” she said.

“But if many more people are doing that twice a week then that is going to have a significant impact on the organisation.”

Moreover, Ferguson said that the health and well-being room (where people can meditate or take time out) is becoming increasingly popular.

Undertaking an activity unrelated to work means that employees can have respite during the day and use different parts of their brain.

For example, if you are doing something physical (like playing table tennis) you are using a different part of your brain.

“And there is evidence which shows that if you are using different parts of your brain then this leads to new ideas and innovations,” said Ferguson.

“Some businesses acknowledge that getting people to use different parts of their brain means they can perhaps come up with new ideas that aren’t going to come if they are just sitting at a computer all day doing one thing.

“If you go and challenge somebody to space invaders, an arcade game, pinball or something like that, that create bonds amongst people and it’s a healthy way of competing against your colleagues.”

Moreover, food can also be a really important part of it, Ferguson said.

“A lot of businesses are no longer doing cakes and biscuits,” she added.

“They are doing healthy snacks like fruit and nuts. I think that that is part of the health and well-being strategy that employees are keen to implement in their workplace.”