Why are older workers so happy? 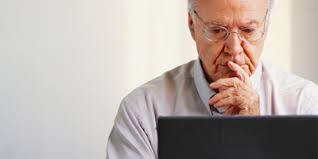 Employees aged 70 and over are three times more likely to be happy at work compared to their younger counterparts, according to a new study by Curtin University in WA.

Report author Rebecca Cassells said employees who worked beyond the age of 70 were likely to do so because they love what they do, rather than out of necessity.

Generation X and Generation Y were found to be the least happy, at 28% and 24% respectively, and women are slightly more content than men at work, at 31% compared to 27%.

The research also found that Tasmanian workers are the happiest in Australia, with 35% of people saying they are 'very satisfied'. On the other end of the spectrum, Western Australia and Victoria ranked last.

CEO of Making Work Absolutely Human, Rhonda Brighton-Hall, added that the further away people are from a major city, the happier they are – 38% in regional areas are happy, compared to 27% in major cities.

"It does seem when you work in a micro-business or a small business, or if you've got more autonomy about the way that you work you are happier than people in big businesses,” said Brighton-Hall.

Yesterday, HC reported on five ways to put happiness back in the workplace.

In particular, discovering the upside of what you do and why you do it provides a sense of purpose and contributes to the bigger picture, said Dr Jenny Brockis, medical practitioner and author of the book Future Brain.

“Noting those small positives that occur across your day helps to lighten mood, strengthens relatedness and builds resilience to adversity,” she said.

“A more positive outlook can boost productivity by around 30% and that also leads to a greater sense of achievement.

“Because emotions are contagious, the greater the intensity of your positive germs the more you’ll infect others around you too.”