Several of Australia’s largest corporations have turned to an unorthodox technique in attempts to manage workplace stress – could colouring books for adults benefit your employees? 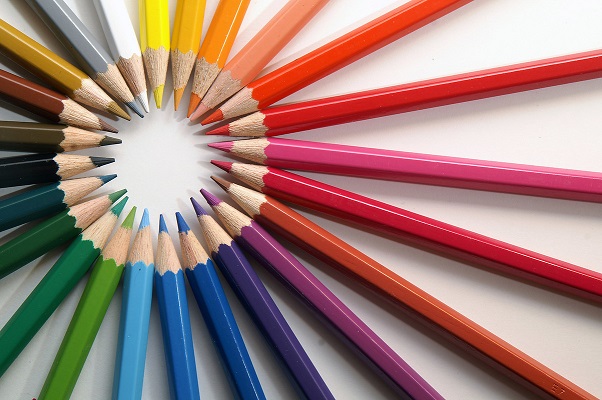 A recent report from The Age revealed that some of Australia’s biggest organisations are investing in colouring books for adults to help their staff combat stress.

Melbourne based neuropsychologist Stan Rodski – author of Colourtation: a colouring book for adults – said that the simple act of colouring can alter the brain’s behaviour and help participants to achieve calm and balance.

The book has already been adopted by bosses at ANZ, Wesfarmers and Bupa.

Rodski’s book stemmed from research which showed patients displaying that a switch from “beta” brainwave frequencies – typically associated with physical or mental stress – to the more restful and positive “alpha” frequencies was achieved when they coloured pictures.

Somewhat surprisingly, the book is not the only book of its kind on the market. Secret Garden – another colouring book aimed at adults – is now the best-selling book in the US, The Age reported.

Colourtation comes complete with a set of coloured pencils, and offers 26 pages of monochrome patterns to colour.

Rodski describes the activity as mindful and creative without any element of competition or failure.

“This brain of ours in its current shape is about 150 million years old and still operates as if it were 150 million years ago,” he told The Age. “But in the last 20 years we have started to keep it awake and active more than we ever have in our whole history. Now that has consequences.”

He referred to colouring as “akin to sitting listening to music, or focusing on watching your favourite TV program; you are singular, you are not focusing on a lot of things”.

Talks are now underway to supply the books to more big corporates as well as some government departments in Australia and New Zealand.

ANZ’s head of human resources for global markets and loans, Kerrie Harris, told The Age that the colouring helped her to remain relaxed and focused during conference calls.

“The colouring book is a great way to de-stress and clear my mind when I find I'm getting distracted or need clarity,” she said. “I think we are all finding that the work environment is getting busier than ever with technology changing the way we work and are connected to the office... Personally, I have got a lot out of such a simple resource as it enables me to relax and change gears when required.”

ANZ originally provided the books as a health and wellbeing initiative, and the trial’s success led to it being provided to more of the bank’s global workforce.

“Even 30 seconds of colouring makes me feel relaxed and ready to conquer the next conversation or task,” Harris said.
“The men probably wouldn't whip it out on to their desk as quickly as women do, but when I run the programs the men are the first ones in to grab a copy. But I don't think they are as keen let everyone know they do it,” Rodski told The Age. “This is just an idea that has found its time.”

Rodski is planning to release to sequels to Colourtation, which has sold over 1000 copies in its first month since being released.

Would you give your employees colouring books as an anti-stress tool? Take our poll here.