Who is liable for property damaged at a work function?

An employment lawyer weighs in on who should be held financially responsible if damages occur during a work party. 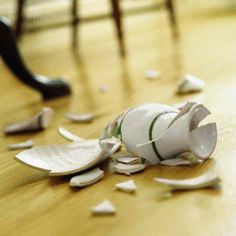 Ton
y Abbott was back in Australia’s headlines this week after announcing that he would pay for a table that was broken during a party he hosted following his ousting as PM.

But how would an ordinary employer deal with an employee who damaged workplace property during a work function?

HC spoke to Lucienne Gleeson, associate at PCC Lawyers, who weighed in on employees’ obligations in these scenarios.

“Under the Fair Work Act employers are only allowed to make a deduction from an employee’s pay in limited circumstances,” Gleeson said.

“Broadly this includes where the deduction is for an employee’s benefit or if the employee has authorised a deduction in writing. A situation could arise where an employee damages property and agrees to pay for it either outright or by deductions from their wages.

However, she added that if an employee does not consent in writing to any wage deduction, then any unauthorised removal of money could result in penalties being imposed on the employer or any individual directors involved.

“Employers need to be careful not to take any adverse action against an employee as a result of them refusing to consent to deductions for property damage,” Gleeson continued.

“If any adverse action were taken, such as termination of employment, the employee would have a claim under the Fair Work Act for a breach of the general protection provisions of the act.”

She told HC that where a deduction is not authorised, an employer could have alternative legal options to pursue compensation for property damage from an employee if they were acting negligently or intentionally.

“In the most serious cases of property damage, such as sabotage to company equipment, an employer could refer the matter to the police as this may be pursued as a criminal act,” Gleeson concluded.