The penalty rates decision, which was handed down on 23 February, marked a historic moment for Australian legislation. 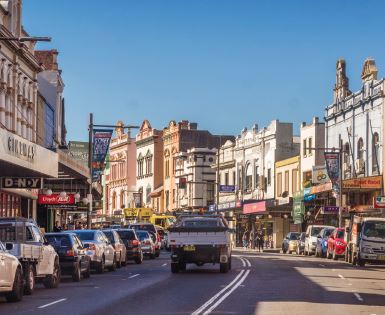 The Penalty Rates Decision, which was handed down on 23 February, marked a historic moment for Australian legislation. FCB Group led the case for the ARA, resulting in a victory for retailers and small to medium businesses alike. Here is the inside story from Nick Tindley, executive manager, FCB

Successes for employers in these types of award cases are rare, and large wins in relation to the General Retail Industry Award 2010 are next to impossible. So, how did the landmark penalty rates reduction decision come to pass? The FCB team acted on behalf of the Australian Retailers Association (ARA) and the retail industry in this historic case. And we put the win down to three things – unity, funding and quality.

The Shop, Distributive and Allied Employees Association, the retail union, has historically dedicated significant resources to defending changes to retail awards, has consistently out-spent employer groups and has previously run better cases. FCB and the ARA proposed to the rest of the retail industry that if we weren’t able to fund a single, unified case, with high-quality representation in the 2014 Review, the existing Sunday penalty rate structure would be entrenched. The industry, and all of the retail associations, agreed to work together to fund the case, so we commenced planning.

Case strategy
In this case, we wanted the FWC to accept the following statements:

b) People work on Sundays for a variety of reasons, and despite the fact that reducing Sunday penalties would have a negative impact on employees, the existing penalty was over-compensating them for the disabilities associated with Sunday work.

c) And finally, at least part of the reduction in Sunday rates would be offset by additional hours offered to existing employees.

To make these arguments we needed evidence, and traditionally it has been difficult to find enough employers prepared to step forward to provide it. To counter this challenge we would develop common threads between expert, survey and individual employer evidence to enable us to put our contentions to the FWC in a compelling way.

Case conduct
We commenced with an expert report on identifying what retail employers were currently doing with Sunday rostering and how this would change if the penalty rate was reduced. Next we collaborated with other parties to present survey evidence to support this report and presented direct evidence from retail employers across a variety of geographical locations, size and retail categories. Armed with this we presented our arguments based on the common threads arising from this evidence, and the FWC accepted them.

We also needed to address the issue of employee preferences and the problems employees associated with Sunday work, knowing the unions would present a vast amount of evidence regarding this. In addition, we needed to convince the FWC that reducing the Sunday penalty rate would not cause the industry difficulties in sourcing sufficient employees prepared to work on Sundays at that reduced rate.

While our retail-specific expert report, survey results and focus group findings identified some of the disabilities associated with Sunday work, it also showed that employees were prepared to work for lower penalty rates and had chosen to work on Sundays because it suited them, with very few being forced to work on Sundays. This was crucial in countering evidence presented by the unions about employee choice and preference.

To prove this we put to the SDA expert and lay witnesses in cross examination questions regarding the freedom they had to accept or reject Sunday work, and their preparedness to continue working Sundays at a lower penalty rate. Almost across the board those witnesses confirmed their willingness to work.

The outcome
On 23 February 2017 a Full Bench of the FWC issued its decision in the penalty rates case. In an historic ruling, the Full Bench determined that the Sunday and public holiday penalties in a number of modern awards would be reduced from 200% to 150% for full-time employees and from 200% to 175% for casual employees.

What does this mean?
The Penalty Rates Reduction Case was a huge win for small businesses throughout Australia. Currently, most franchises and large businesses are covered by an enterprise agreement and therefore enjoy reduced penalty rates already. This case seeks to level the playing field, allowing small businesses to flourish and create more diversity in the marketplace. For employees, we will see increased Sunday and public holiday employment opportunities, with more businesses having the capacity to roster on more hours.

FCB Group is Australia’s leading workplace legal and human resources solutions business. If you would like find out how we can assist your organisation, call us on (02) 9922 5188 or (03) 9098 9400 or visit fcbgroup.com.au.

Nick Tindley is executive manager of HR Consulting and Advisory Services at FCB. Based in the firm’s Melbourne office, he has over 12 years’ experience in providing industrial relations and employment law advice, with particular expertise in the retail industry.