Time to call in the mediator

Mediation as a form of resolving workplace disputes has escalated in popularity in recent times – but can it help resolve that most damaging of environments: the toxic workplace? 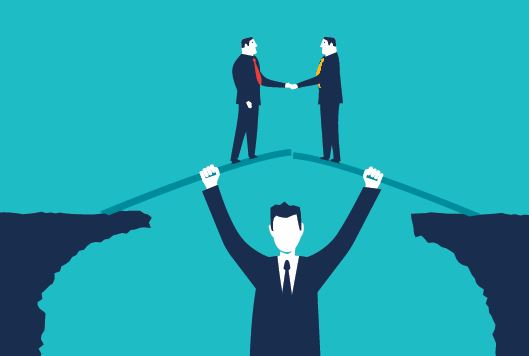 Tox
ic workplaces are characterised by broken relationships, constant conflicts and disputes, bullying and harassment. They are places where the dysfunctional behaviour of those in the workplace is having a negative impact on the services or product that the organisation produces. It’s moved beyond a minor tiff between John and Sally and is now a systemic problem whereby customers aren’t being looked after, patients aren’t being cared for, roads aren’t being repaired or information isn’t being passed between security guards. Even more frightening, a toxic workplace knows no boundaries – it can seep in from the front line right up to the top.

How can things get so bad? Dr Leigh Hodder, senior workplace relations adviser at iHR, says there are many root causes of workplace conflict. An experienced consultant, workplace mediator and investigator who has trained internal investigators at various organisations, Hodder is also a consulting psychologist with over 20 years’ experience. She’s witnessed just about every type of workplace conflict and summarises the primary causes of conflict as: While most organisations have dispute or conflict resolution procedures in place, and these are usually well written, Hodder says the problem lies with the implementation.

“People are generally not comfortable in approaching the person with whom they are in conflict,” she says. “This means that they bypass resolution at the ‘local’ level and escalate the issues either to their manager or HR. Many managers feel ill-equipped to assist in the resolution process.”

To improve the situation, Hodder suggests organisations should consider providing their managers and staff with assistance in building the following skills: “These skills are critical to positive employee productivity and engagement,” she says.

All about mediation
The third option, mediation, has gained ground in recent years as a viable – and successful – way to resolve conflicts before lawyers need to become involved.

Hodder says an organisation should look to engage an independent mediator or facilitator when: “At its heart, mediation is about starting the process of repairing the working relationship between employees,” Hodder explains. “Mediation provides people with a safe forum in which they can hear, be heard and reach agreement as to how their working relationship will progress. The primary question I ask people to think about is ‘what sort of behaviours would you like to see in your relationship with this person?’”

While some employers have embraced workplace investigations as a means of getting to the bottom of and resolving conflicts, Hodder says mediation is a very different proposition. “Mediation can be used as a post-investigation intervention if the complainant and respondent must continue to work together,” she says. “Evidence is not required in the mediation process. There is no focus on who was right and who was wrong. The mediation process does not dwell, in depth, on the issues that led to conflict. It is a process primarily designed to move people to agreement.”

Mediation in employment law
Mediation can of course be an alternative to calling in the lawyers, but where does it sit in Australia’s complex workplace law framework? “There is no one law in Australia that says, ‘Thou shalt mediate’,” says Hodder.

However, mediation, when done properly, is a legally binding alternative dispute resolution process that is well established within Australian courts and tribunals and is supported by legislation. An example is the Family Law Act, where parties are encouraged to access mediation rather than go to court.

The Fair Work and Human Rights Commission, the Federal Circuit Court/ Federal Court, as well as all levels of State Courts and Tribunals, insist on attempts at settlement before the matter is heard. In the NSW Supreme Court, for instance, the settlement rate is now 46% – and this is only for matters that were actually commenced in the court. The figure is even more impressive when one extrapolates the number of matters that were settled before they got that far.

“Australian industrial relations legislation recognises the efficiency of mediation and conciliation, rather than proceeding to costly arbitration in the first instance,” says Hodder.

Indeed, in most circumstances a court or tribunal will be required to certify that mediation and conciliation is unlikely to resolve the matter before exercising its arbitrary powers. An example is section 576(2)(ca) of the Fair Work Act 2009 in relation to the powers of the FWC which reads:

Hodder says the mediation process itself is structured and quite simple, usually consisting of three stages. The first step is to prepare the parties to mediate – to set their expectations about possible outcomes at a realistic level, to start them thinking about the desired behaviours, and identify the issues they wish to raise. The mediator talks to HR about alternative outcomes should the mediation not result in agreement. The mediator meets with each party individually to understand the issues, provide further education about the process and assess the person’s capacity to participate in the mediation. The mediator synthesises this information and plans the session strategies. The second step is to conduct the mediation session. This, in Hodder’s experience, averages from two to four hours. The mediator follows these steps: The third step involves the mediator finalising the agreement and sending it through to the parties for signing and implementation. The mediator liaises with HR regarding the success of the mediation.

Having come through the process, participants will be keen to know how enforceable the outcomes are. In terms of workplace behavioural agreements, the agreed-to behaviours should align with code of conduct expectations, so appropriate disciplinary action could and should be taken for breaches of the agreement. “Breaches to the confidentiality of the process should also be subjected to disciplinary action,” Hodder says.

IHR AUSTRALIA
IHR Australia offers a full suite of Workplace Relations and HR Consulting services, Investigations, Mediations and Training services to ensure organisations are compliant with current workplace practices and legislation, while maintaining best practice people management. Our consultants have an average of 20  years’ experience and the ability to provide practical advice with actionable steps. Contact 1300 884 687 or visit ihraustralia.com.