You might be surprised about the legal reality behind these commonly-held views about workplace investigations. 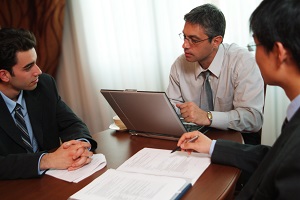 When I undertake workplace investigations or review the investigative work of managers, one of my first tasks is dealing with misconceptions about how these processes should be conducted. More often than not, and to my client’s surprise (and, thankfully, delight), I can show these misconceptions are myths.

Several key myths crop up regularly.  Here I explain three myths and why they are ill conceived and not to be followed. Many clients have improved their investigation processes after I have pointed out the actual legal requirements and so, too, can you.

A common mistake is to assume that unless an employee makes a formal complaint the company cannot investigate. This is false and such an assumption could seriously hurt the company in terms of legal liability, low morale and high staff turnover.  Managers who notice things that do not seem right: possible bullying, missing company property or other issues of concern, have every right to commence an investigation without ever receiving a formal complaint.

In some circumstances, an employee may want to discuss an issue that concerns them, but do not wish to formally complain. Alternatively, an employee may not raise anything but you might be aware they have a grievance. If this involves something serious or warrants a further look, for example, inappropriate advances from a colleague or a conflict of interest, then the company should act.

Not only is this good practice, but also, if something enters the company’s corporate knowledge, and it fails to investigate, serious legal repercussions might ensue. For example, in a case involving a 19-year-old waitress, Brodie Panlock, who committed suicide after being bullied and tormented by her co-workers, her employer was fined $220,000 after it was held that it had been aware of the deplorable behaviour towards her but did nothing about it.

On the other side of the coin, some employees just want to let off steam or they might be constant complainers who want to notify you of every concern, no matter how small. These cases are quite different from legitimate grievances. If an employee is doing little more than nit picking or moaning, you should feel free to ask them to either lodge a formal complaint or desist from broaching the subject again.

Every investigation is different, but there is no hard and fast rule to say that because a person involved in the investigation is on leave it needs to be put on ice. Be it sick leave, due to the stress of the investigation or other associated facts, or pre-organised annual leave, an investigation should continue if possible. During such a period there may be witnesses who can be interviewed, documentary evidence might be reviewed or the findings might be able to be finalised.

Investigation steps should certainly not be missed and procedural fairness is always the key objective, but allowing leave to slow down the entire investigation is detrimental. One of the most common complaints I find regarding investigations (and this comes from all parties), is that they take too long. This can sometime be due to leave taken by key individuals. Such delay can create a real sense of disillusion among all participants. It is therefore important for both the integrity of the process and to maintain the productivity of involved employees that investigations are properly carried out and resolved as soon as possible.

A workplace investigation is not a coronial inquest, nor is it a police prosecution. To substantiate a complaint, the person investigating must find, on the information before them, that it is more likely than not that the situation described did occur. Competing versions of events usually emerge and often there will be very little, if any, clear primary evidence, such as video footage of an incident. Despite this, an investigator should still be in a position to make a decisive conclusion about a complaint based on the information reviewed.

Extrinsic information can often be drawn upon to help determine the findings of an investigation. For example, in a bullying investigation, asking how the alleged bully treats other people and about their relationship with the alleged victim can often provide as much useful information as directly questioning people about an incident.

While an unrealistically high standard of proof is not required, this does not mean the person investigating can ignore evidence or carry out a half-hearted enquiry. In several cases, courts have called out poor investigations and decisions to sack employees have been reversed. For example, in Duncan v Bluescope Steel Ltd [2013] FWC 8142 a workplace investigator was found to have relied on evidence from witnesses who had clear conflicts of interest and he failed to ask crucial questions. In this case, the employer was ordered to reinstate the employee who had been fired based on the investigation’s adverse findings.

Leave myths for the Ancient Greeks and avoid the costly problems (and embarrassment) that a misconducted workplace investigation can cause.


Lucienne Gleeson is an employment lawyer who has years of experience working with HR and companies to implement innovative workplace solutions. She regularly presents on topical workplace issues and appears in relevant courts to represent clients. Lucienne can be contacted via email on [email protected].