The story behind the award-winning Qantas HR team

The successful implementation of the Qantas Transformation program saw the airline profits soar after troubled times. HC Online talks to Qantas HR about their success. 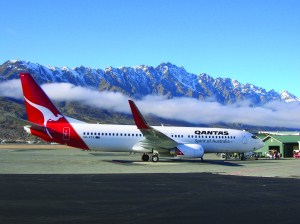 In
the face of turbulent times in the aviation industry, the Qantas HR team fastened their seatbelts and got down to business.

Hailed as winners of the 2015 Australian HR Team of the Year, the team has been a critical force behind Qantas making one of the largest turnarounds in Australian corporate history.

The combination of a high dollar, a record high fuel bill and increased competition saw Qantas slide into the red at the end of the 2013-2014 financial year, declaring a Statutory Loss after Tax of $2.8 billion.

Some tough business decisions had to be made and the Qantas HR team set about assisting in the successful implementation of the Group’s $2 billion Transformation Plan, resulting in all operating segments posting profits by the first half of 2015.

As stated by Qantas Group CEO Alan Joyce at the half year results in February 2015, “The decisive factor in our best half-year result for four years was our complete focus on the Qantas Transformation program.”

“In supporting the significant transformation across the business, our approach has centred on ensuring our people and our customers are at the heart of everything we do,” Allen says.

“The Transformation Program had the potential to destabilise the business and impact the customer experience at a time of such great change,” he says. “But the opposite has occurred, Qantas has achieved, as our customer ratings of Qantas’ service are at the highest level recorded.”

He says the HR team contributed significantly to the design and execution of Transformation Plan by partnering with the individual business areas to support sustainable transformation and ensure cost outcomes were delivered.

“The highlight for the HR team has been delivering on the transformation agenda that has enabled one of the largest turnarounds in Australian corporate history,” Allen says.

On the airline’s 2015 balance sheet, this resulted in a 2.1% in revenue to $8.1 billion, with the company’s share price increased 160% over the same this period. Qantas is now ranked the top industrial stock globally by Citigroup.

From a HR perspective, Allen says the greatest achievement for Qantas has been to achieve record cost and customer outcomes whilst maintaining its historically high levels of employee engagement.
Nominations for the 2016 Australian HR Awards will open in April 2016.