Whether you like it or not, your employees are using social media at work. The solution isn’t to ban it, but to regulate it. 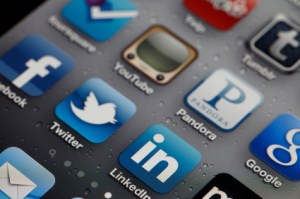 Regardless of employers encouraging or discouraging it, employees are accessing social media while at work. A 2012 report from SilkRoad Technologies that surveyed 1,105 employees found that 75% of workers access social media from personal devices at least once a day, with 60% accessing multiple times.

As the range, affordability, and popularity of smartphones increases, this is expected to grow. While the usage of social media to connect with clients and colleagues is a definite upside, the inability to control employee behaviour makes the issue a double-edged sword.

Reports of increased numbers of bullying via social media affecting the workplace are also commonplace in today’s media.. The nation’s peak union group called for practical jokes, offensive and crude messages over email, SMS or social media to be included as part of a draft code of practice on bullying.

Spencer Hamer, partner at Michelman & Robinson LLP, wrote on Bloomberg Law that social media can also potentially expose an employer to defamation claims if an employee makes false statements about a competitor or co-worker. These inappropriate comments can also be disseminated by competitors.

Confidential and proprietary information can also be disseminated if posted by an employee. Hamer stated that often employees may not be seeking to harm the company, but simply excited about an initiative and mention it in passing on social media, unaware of the consequences that may arise.

Ultimately, sovereignty over social media identities rests on the individual. It is impossible to take control of an employee’s standing online, and employers should simply not attempt this. However, designing and implementing a strong social media policy can alleviate employers of legal ramifications, as well as ensure employees become aware of how their actions affect the company.

Hamer provided a number of points executives should keep in mind when developing a social media policy:

Interested in learning more? HC has previously reported on a number of social media issues, including: